Mrs. Obiano gets set to Distribute 200 more Prosthetic Limbs to the physically challenged in Anambra 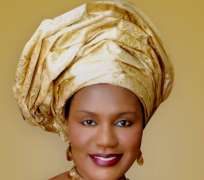 On the heels of the impressive showing of the All Progressives Grand Alliance (APGA) led by her husband the BoT Chairman and Governor of Anambra state, Chief Willie Obiano in the just concluded general elections, and as she gets set to distribute the second phase of prosthetic limbs to about 200 physically challenged beneficiaries on Tuesday April 2015, Chief (Mrs.) Ebelechukwu Obiano has come under another malicious attack aimed at damaging her credibility.

Purveyors of falsehood on social media have once again concocted another lie that she slapped someone even as she is in faraway United States of America where she went to visit her children. Mrs. Obiano who is expected back in the country early in the week in readiness for the all-important function of prosthetic limb distribution to the physically challenged which will hold at the Women Development Centre, Awka is once more target of another campaign of calumny. The first phase of the prosthetic limb distribution programme sponsored by the wife of the governor held before the Christmas in 2014 had over 300 beneficiaries.

The fact that some criminal elements will go to any length to manufacture lies with the intent to cause the government of Obiano harm, including denigrating the wife is a cause for concern to discerning Ndi Anambra and should be condemned. Such frivolous writings are irresponsible and have no place in the new Anambra being fashioned by the governor ably supported by his wife, and Ndi Anambra.

Chief (Mrs.) Obiano is the founder and focal Person of the Caring Family Enhancement Initiative (CAF�), a non-profit, non-partisan pet project which has mandate to care for the less privileged and reduce women-child vulnerability while maintaining the dignity of the physically challenged amongst other programmes. Since coming on stream, CAF� has done a lot to mobilize and give support and succour to indigent families as well as the physically challenged, through its welfare packages.

Also through CAF� Chief (Mrs.) Obiano supports the welfare programmes of the Obiano's administration which promotes strong and healthy families through assisting and supporting vulnerable groups amongst Ndi Anambra to feel the impact of government and eventually contribute to the socio-economic development of the state. Anambra State Governor, Chief Willie Obiano helping one of the beneficiaries take the first step with the new prosthetic leg during the first phase of the programme sponsored by his wife in December 2014.