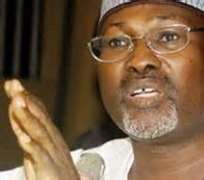 The attention of Abia State government has been drawn to a most sarcastic propaganda being championed by the opposition to the effect that the Independent National Electoral Commission (INEC) has cancelled and or reversed the results of the senatorial seats in Abia State which they earlier announced.

The opposition has gone ahead to instigate some of their members to be firing canon shots in order to deceive the public.

Government wishes to state categorically that the propaganda is absolutely untrue and baseless.

INEC has announced results of election in Abia state and our party The Peoples Democratic (PDP) won the three senatorial seats and seven out of eight House of Representatives seats.

INEC has not recanted on this and does not even have the power to do so after announcing results of an election as it has become functus officio.

Those who are uncomfortable with their loss at the election should emulate the example of President Goodluck Jonathan or patronize the election petition tribunal in accordance with section 133(1) of the amended Electoral Act 2011 instead of engaging in cheap propaganda.

Abians are enjoined to disregard the opposition and their propaganda which is completely fallacious.

Nobody should be deceived.
Let us come out en masse on 11th April 2015 and vote for all PDP candidates where you see the umbrella.

Like a beheaded snake, the opposition is struggling in vain.