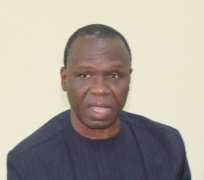 The All Progressives Grand Alliance (APGA) in Anambra State insists it won the March 28, 2015 National Assembly Elections in the State, contrary to the rumors indicating otherwise, while wooing voters to continue to support APGA candidates in the forthcoming House of Assembly scheduled for April 11, this year

Chief Onyima noted that, following the massive goodwill built in one year of incomparable good governance by Governor Willie Obiano and following our intensive campaign efforts, Ndi Anambra responded in a remarkable way by turning out in large numbers at the polling stations where they voted massively for the APGA.

He regretted that “the will of Ndi Anambra expressed in the final outcome of the voting exercise was brazenly violated and voting results manipulated at the collation stages of the electoral process by anti-democratic forces, most disturbingly by elements of Igbo extraction in the PDP who felt encouraged by their so-called links to Abuja.”

According to him, the disturbing scenario of the abusive act of thuggery perpetrated in the current election “re-awakened in the consciousness of Ndi Anambra, a sad feeling of the return of impunity for which Anambra earned bad name in Nigeria years ago. Beyond the election, the act of brigandage throws up a worrisome concern for governance, that the forces that had insidiously given refuge to all kinds of perverse conducts in Anambra State, namely armed robbery, kidnapping and excesses in high places, are rearing their ugly heads again.”

Assessing the conduct of the last election, Onyima observed that the late arrival of INEC officials at the various polling stations on the polling day significantly affected the level of participation of the electorate in the voting exercise.

The Commissioner explained that the failure of the card-reader device in most parts of the state created serious and avoidable delay in the voting process which drastically affected the overall outcome of the exercise, resulting in voting going on in some major areas till late into the night, creating room for the manipulation of the voting process and leading to undesirable electoral results.

He disclosed that “anti-democracy elements, who are also notable figures of the PDP, were directly involved in manipulating the electoral process in key areas of the state, kidnapping INEC officials, hijacking the results from polling stations and re-writing the actual figures in favour of PDP candidates.”

Citing an instance, with the incident at Ihiala Local Government where an attempt to stop some PDP elements from altering the results of the voting exercise led to the death of two Nigerians – a police man and an innocent citizen, he pointed out that citizen Ifeanyi Ubah, the Chairman of Transformation Ambassdors of Nigeria (TAN), accompanied by Mr.Olisa Metuh, PDP National Publicity Secretary, were allegedly physically present at the scene of the incident.

Chief Onyima, who is a chieftain of the APGA recalled that a similar circumstance played out in Idemili North Local Government Area where an invading mob led by a Federal Minister brazenly thwarted the will of the people by altering the results of the votes cast in the entire council area, in favour of his junior brother, the PDP candidate, against what were recorded in the various polling booths.

On account of these ugly electoral manipulations, he called for the cancellation of the March 28, 2015 National Assembly Elections in Anambra State which he reiterated, 'were massively manipulated by agents of the PDP across the state who brazenly overwhelmed INEC officials, electoral agents and presumably independent observers to achieve a dubious and temporary victory in Anambra State.

“That the results of the Senatorial Elections as announced by the Resident Electoral Commissioner in Anambra State do not by any stretch of the imagination reflect the expressed will of Ndi Anambra and therefore stand out as a monumental electoral injustice on our people.”

Chief Onyima observed that “APGA hereby rejects in its entirety, the results of the Senatorial Elections in Anambra State as they are in total violation of the sovereign will of Ndi Anambra and stand out as a travesty to our people's clamour for social justice and equitable representation in national politics.”

He urged INEC to intervene timely in order to “avert a break-down of law and order while appealing to Ndi Anambra, all APGA members, and lovers of democracy to remain calm and law abiding, stressing that the party would take necessary steps to redress these injustices.

Chief Onyima called on “the Resident Electoral Commissioner in Anambra State to urgently look into our complaints with a view to ensuring immediate redress that will restore the faith of Ndi Anambra in the democratic process as well as the inevitable triumph of the supremacy of the will of the people in the nation's democratic culture.”

He commended the people of the State who he said endured long hours waiting in the hot sun to cast their votes for APGA and all its candidates seeking to represent the State at the National Assembly, assuring them that the party would overcome the temporary setback.