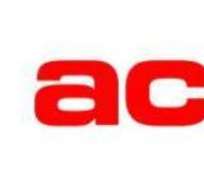 GENEVA, Switzerland, April 1, 2015/African Press Organization (APO)/ -- The increasingly influential role of the financial sector, its impact on communities and their struggles toward a just financial system remained the focus of discussions in the workshops organized by the churches at the World Social Forum (WSF) in Tunis, Tunisia.

The workshops were organized by the World Council of Churches (WCC) together with Secours Catholique, Association for the Taxation of Financial Transactions for the Aid of Citizens (ATTAC), Centre for Research on Multinational Corporations (SOMO) and CIDSE – an international alliance of Catholic development agencies, among other civil society groups.

The 14th WSF, held from 24 to 28 March, gathered some 70,000 participants from around the world, representing more than 4,000 mass-based movements and organizations.

The topics in churches' workshops included banks counteracting development, finance as a citizens' issue, casino capitalism and actions toward retaking control of the financial sector.

“There continues to be a democratic deficit in international financial institutions,” said Athena Peralta, WCC's consultant for the Economic and Ecological Justice programme.

“Financial deregulation has led to gaping inequalities within and among countries and has set off financial crises, which disproportionately affects the impoverished,” she said.

“Moreover, banking and tax systems enable tax evasion and avoidance by corporations. The problem of tax evasion is particularly acute in the mining sector,” Peralta added.

The workshop speakers highlighted how farmers, as well as small and medium enterprises, lack access to financial services, and how fraud and usury lead to foreclosure of homes and homelessness. They noted that commodity speculation has resulted in unstable food prices while destroying farmers' livelihoods. They observed that national obligations to pay back external debts, even if these are deemed legitimate, have strangled resources for health and education in indebted countries, such as Brazil and Greece.

Peralta reported that participants in the workshops strongly affirmed the need for comprehensive regulation of the financial sector, and working together as civil society and global citizens toward a just global tax structure.