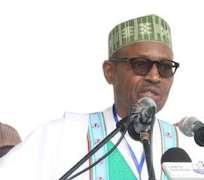 My dear Mohammadu Buhari, may I join the millions of Nigerians in congratulating you for winning the 2015 Nigerian election to become the president. We all look forward to your stewardship of the Nigerian ship of state during the next four years, and, hopefully, during the next eight years. However, I would like to take this opportunity to remind you why we elected you to this high office.

We were disappointed with the leadership, actually, non-leadership of the clueless one, Good luck Jonathan. He promised us heaven and gave us hell. During his tenure, problems that were already there, though he did not cause them, were exacerbated.

Corruption, insecurity, lack of infrastructural development (roads, bridges, electricity, water, health facilities, health care delivery, and education for all Nigerians) and industrial development took a turn for the worse. Nigeria took a nose dive and Mr. Jonathan did not seem to care that under his watch no problems were fixed.

In my view, Jonathan completely lost it when over two hundred of our school children were kidnapped by the terrorist group, Boko Haram at Chibok and the man went dancing at Kano. Instead of staying in his office and doing whatever he could to get the children released, the man went on enjoying his self. For almost a month the man did nothing to rescue the girls. Not until the International community cried out and then, only then he pretends to care. Almost a year later he has not done anything to rescue the girls.

Indeed, his idea of fighting Boko Haram seems to be to give his generals money to buy weapons and such money, apparently, redirected to the generals pockets, so that our soldiers did not have the right equipment to address the task they were given. Apparently, Jonathan did not want the soldiers to fight the war; maybe, he expected them to be patriots who died for the sake of dying for their country, whereas he and his wife were not even willing to visit the region where many Nigerians were been killed and or displaced from their homes.

From your antecedent behavior we know that you are a disciplined man and have a draconian approach to dealing with criminal behaviors. We are looking forward for you to deploy those traits of yours in tackling our identified issues, especially the problem of corruption.

There is no reason why 55 years after independence from Britain we are still a backward country; we ought to be where the Asian tigers are today; you must help us get there.

The problem with Jonathan is that he is neither a leader nor manager; he probably does not even understand what those terms mean! He does not know that a leader is a person who has visions, goals and objectives of what he believes that his society or work organization needs and he wants to help it achieve those goals. I certainly did not see any vision that seemed to be actuating Jonathan's behaviors.

The man simply had no mission; he was like a leaf blown around by the wind. If you have no place that you are going to then you would wind up anywhere that circumstances push you to.

This man has no idea that Asian countries set goals of what they want to accomplish in five, ten and twenty years and addressed themselves to reaching those goals and mobilizing their human resources and capital to attain them.

And set measurement standards with which to measure how well they attained their goals and where not attained corrective action plans undertaken to make sure that the goals were attained the next time around.

What was Jonathan trying to accomplish for Nigeria? Honestly, I did not see any goal that the man was seeking to achieve. Was he trying to industrialize Nigeria? If so, what did he do to attract industries and factories to Nigeria?

Was he trying to improve Nigeria's education? If so, what exactly did he do for elementary, secondary and university education in Nigeria? Under his watch Nigerian education collapsed so that to graduate from Nigerian universities is now to be considered uneducated persons. Moreover, he does not seem to care that Nigerian university graduates have no jobs to go to. Our university graduates roam the streets unemployed and this man does not feel any urge to help them secure jobs. Imagine the hopelessness these graduates feel being unemployed after spending many years at schools.

Apparently, other people's suffering does not move Jonathan to a sense of compassion and desire to help them out. The man's heart is made of stone.

Nigeria needs emphasis on technical and vocational education (such as they have in Germany), so, what technical schools did Jonathan establish? This man had no clear idea what leaders do and did nothing that anyone would give him credit for accomplishing.

Apparently, Jonathan's idea of being the president of Nigeria was just to fly around in Nigerian and the world in Nigerian provided Jet airplanes, going to conferences all over the world where folks regarded him as a lightweight. Most participants at the conferences he jetted to did not even recognize his presence, talk more have him talk; folks did not listen to his talks. His opinions were as good as useless and no one cared to hear them.

His wife came into the mix and apparently believed that she is the queen of a banana republic and did exactly whatever she wanted to do. This woman would come to town and the entire town would have to be practically closed; traffic would ground to a halt. She did not realize that all those work stoppages affected productive time for the people.

Jonathan and his wife were a disaster for Nigeria. Nigeria needs change from the two clowns and we are glad that a man who understands missions and what needs to be done to accomplish them, Buhari has come to office.

Regarding corruption, Buhari's mere presence would go a long way in checking corruption, for given his record as incorruptible most people would now look over their shoulders should they be tempted to steal and or take bribes. On the other hand, given Jonathan's “I do not care attitude to corruption” folks did not mind taking bribes while he is in the room with them for they knew that there were no consequences for their nefarious behaviors.

Given Buhari's military background, there is no doubt that he knows what to do to defeat the rag- tagged Boko Haram terrorists that have made life insecure for Nigerians in the North East part of the country.

Finally, one hopes that Buhari surrounds his self with technocrats who would help him industrialize the country in a short period of time.

A good leader does not do all the necessary jobs by his self; he has the ability to hire those subordinates who have the technical skills needed to accomplish his goals and objectives.

We must all do whatever we can to help this descent and disciplined man accomplish his tasks. All of us must answer the call should he call us to help him accomplish the great goals he has in mind for Nigeria.