…Says Anybody who wants to cry can cry
By Essien Ndueso 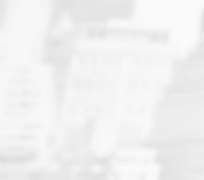 The Candidacy of the PDP Governorship hopeful in Akwa Ibom State, Deacon Udom Gabriel Emmanuel, Tuesday in Uyo received a major boost as a governorship aspirant on the platform of the PDP and member of the Group of 22 governorship aspirants in the state, popularly referred to as 'G22', Rt. Hon. Jerome Isangedighe, formally led several thousands of his supporters from across the 31 local government areas of the state to a public endorsement rally in support of Mr. Udom Emmanuel.

At a colourful ceremony held at the Udom/Moses2015 Campaign office, Uyo, Chief Jerome Isangedighe who is currently representing Oron/Udung uko in the state House of Assembly, told the PDP governorship hopeful that his campaign group which goes by the name, 'Nation Builders Assembly'(NBA) of which he is the grand patron, decided to hold a rally in support of Udom, having come to the conclusion that the continuous unity, development and progress of the state must be cherished and upheld by every well meaning citizen of the state.

The Oro nation former governorship aspirant, said he and his supporters were ready to work together with Udom Emmanuel to actualise his lofty vision for a greater Akwa Ibom, declaring that Akwa Ibom is greater than an individual's interest.

According to the defunct G22 member, "Why we are here is because of the love that we have for Akwa Ibom State. We support unity of the state and we are ready to work sincerely, honestly and with the sea of supporters gathered here and those who could not make it down here, we pledge our solidarity to you. We say you should continue to lead. And we know you will lead us well.

"Akwa Ibom State is greater than each and every one of us. I was a governorship aspirant, but at the primaries, Udom emerged victorious, that is why I am supporting him with my supporters. We will continue to be the foremost state in Nigeria."

"Anybody who wants to cry, can cry. The most important thing is for us to work for Akwa Ibom".

"I thank you all for the sacrifices you have made. On that day, March 28 and April, 11, all of you will come out and vote enmassely for PDP"

Continuing, the lawmaker explained that his group, Nation Builders Assembly, believe in equity and justice, noting that they were convinced in Udom's ability, capacity and competence to steer the ship of the state to the desired destination, hence their decision to join the Divine Mandate team of Udom Emmanuel/Moses Ekpo governorship train in the overall interest of the state.

High point of the rally was the formal declaration of support and pledge of allegiance for the actualisation of the governorship ambition of Udom Emmanuel come April 11, 2015.

Responding, the PDP governorship standard bearer, commended the grand patron of the group, Chief Jerome Isangedighe and his supporters on their decision to collapse their structure in favour of his candidacy, and promised never to disappoint their trust in him.

While briefing the teeming supporters on his manifestoes for the entire state, Mr. Emmanuel, assured that the model he has for the actualisation of the Ibaka Seaport project was second to none, and enjoined the people of the state to ignore the deceit being peddled by the opposition on the project.

He promised to harness the resources of the state to create wealth that will make Akwa Ibom a model.

He described Mr. Jerome Isangedighe as a classical example of a patriotic nation builder and a true believer in the unity, progress and development of the state, and enjoined other governorship aspirants to emulate his example in the interest of the state.

The PDP guber candidate pointed out that it was time for those who are on the other side to join the winning team in order for the state to enjoy dividends of good governance.

He stressed the need for teamwork approach by every Akwa Ibom person to sustain the tempo of development in the state.

Mr. Udom assured re assured the youths that he was fully aware of their needs and challenges, and vowed to meet their yearnings and aspirations if voted into office.

He used the opportunity to canvass support for the victory of President Goodluck Jonathan and National Assembly candidates of the PDP ahead of Saturday general election. He advised the electorate not to allow the opposition to mislead them into voting for any other Presidential candidate other than President Jonathan and assured that his second coming will benefit the South- South zone and Akwa Ibom State immensely.

The gubernatorial candidate hinted that the actualisation of a Maritime University, the Ibaka Deep Sea Port Project, completion of the east-west road project among other several anticipated federal presence in the state will only be achieved if President Goodluck Jonathan returns to power to consolidate on his transformation agenda for the nation.