ME, COACH A TEAM? 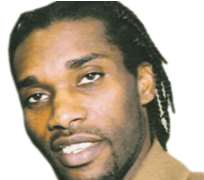 
Most footballers often go into coaching after they retire from active playing career, but for ex-Super Eagles' captain, Austin Jay Jay Okocha, the job is a no-go area, at least, for the moment. Having enjoyed almost two decades of an illustrious career, especially with the national team, which climaxed with him winning the Nations Cup in 1994, qualifying Nigeria for her inaugural World Cup at the USA'94, and winning Olympic gold in the football event of the Atlanta'96 Olympic Games, many believe it would have been most ideal for the midfield maestro to impact his immense knowledge and experience to upcoming footballers by taking to the coaching profession.

But Okocha, who is widely idolised in the country, revealed that fear of facing the same pressure he experienced in his football career, has made him to develop phobia for coaching profession, where almost all his contemporaries have retired in.

'For now, I'm not thinking of going into coaching, but I can still do some other things that are related to football,' Okocha began in this interview with Sunday Sunport.

'It's not like I don't have interest in coaching, but I think it's too early for me to get into it because I might not be able to handle the pressure coaches go through all the time.

'I was always under pressure during my football career and to add more pressure by becoming a coach now could be suicidal. I think my family still needs me alive.'

Life in retirement
I like the challenges that come with life after football and I want to admit that I'm enjoying it. I knew what I was going into by the time I stopped playing. It was not as if I was stranded, I had already planned for it.

Have you totally ruled out coaching?
I'm not thinking about going into coaching now, but I can still do some other things that are related to football. It's not like I don't have interest in coaching, I think it's too early for me to go into coaching now because I might not be able to handle the pressure coaches go through all the time. I was always under pressure during my football career and to add more pressure by becoming a coach now could be suicidal. I think my family still needs me alive.

From the way you speak it sounds like you could still have a rethink on coaching in future.

We learn everyday, and the truth in life is that nothing is impossible. I can't rule out coaching entirely, but I'm not looking forward to it now? So now, I can give no for an answer, but I might change my mind tomorrow.

Are you enjoying spending more time with your family now that you are retired?

It has been a great experience for me. After all the years I spent playing football, it was when I retired that I realised how much I've missed my children. I used to live according to the rules of other people and it was as if I was unable to take decisions on my own. But today, if I don't feel like going to my office, I can cancel all my appointments and stay at home with my children. I must confess that this opportunity has given me a lot of joy.

You have a son and a daughter, which one of them is taking after your football skills?

But you do encourage him?
He is still too young; he is only seven. I would love to be playing with him to see how good he is, but for now, it's a bit early to start putting ideas into his head. I would just allow him to enjoy playing the game rather than teaching him the basic football skills.

…His Experinece
How was your experience in Qatar when you left England?

Sometimes money is not everything. I know people would say I'm talking like this because they feel I'm rich, but I know what I'm talking about. After playing in England, it was not funny playing in another country where you have about 40 or 50 people coming to watch matches at the stadium. I didn't enjoy my stay in Qatar because I felt like a prisoner.

In Qatar, you need a sponsor to be able to get a work permit and you can't leave the country unless you have exit permit from your sponsor. I didn't have my freedom. Besides, the Sheikh, who owns the club is just 25 and he had this belief that my coming to the club would help them win all their matches. He felt that I should single-handed win games for them and he was disappointed that we could not win any title during my short stay there.

I was also frustrated because no one was ready to listen to me, they didn't realise that I needed help. I was upset, everybody in the club was upset and I had to leave.

Any regret for not winning titles at club level?
It was partially my decision to play for all the clubs I played for during my playing career. I have no regrets because I've realised that in life you cannot have everything you desire no matter how hard you try. I can only say that I was fortunate to win all the things I won with my set in the Super Eagles and as for not winning any title at club level I'm not bothered about that.

I see club sides like waves where players come and go. They only keep you if they need you, but your country is where you play with a lot of passion.