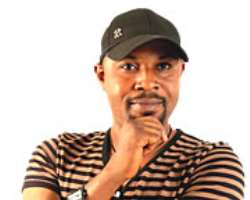 Budding actress, Ade Akinnadeju, is set to make this year's Easter celebration a memorable one for movie buffs with her new film, Ore Mi (My Friend).

Directed by Olawale Marti, the story centres on betrayal, and it is quite a relevant topic, particular in a season when Christians all over the world are remembering how Judas betrayed Jesus Christ.

According to Ade, who has featured in about 20 movies, her intention is to send a message to the world through the film, and of course raise the standard of film production in the Yoruba sector of the make-believe industry.

NFC gathered that the film will be shown at the Lagos State Television premises during the Easter holidays, while it will be taken to other cinemas at home and abroad before being released as home video.

The film is a tale of two childhood friends that do virtually everything together. How they later betrayed each other is what the viewers need to learn from.