Why Do We Fear Challenging Authority? 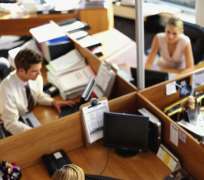 Have you ever noticed your own inclination, or that of other people, to believe what you/they are told by someone seen to be in authority? For example, did you know that there is overwhelming scientific evidence that the 911 destruction of the World Trade Center buildings 5, 6 and 7 was a false flag operation? That is, 911 was organised by the US and/or Israeli elite(s) and their agents in order to enable them to manipulate public opinion to support their subsequently initiated perpetual war in the Middle East and elsewhere.

'Preposterous', you say? Well, if you want to consider the scientific evidence (including in relation to World Trade Center Building 7, the third building destroyed on 911) which systematically explains why the official version of what happened cannot be true, you can do your own research or, if you want a lead to get started on the extensive evidence, read this document by Professor David Ray Griffin http://davidraygriffin.com/ who has researched and written seven books on the subject – 'The Destruction of the World Trade Center:

Why the Official Account of 911 Cannot Be True' http://globalresearch.ca/index.php?context=va&aid=32392 – and watch these videos, featuring Prof Dr NielsHarrithttps://www.youtube.com/watch?v=N6kJ4EpmMw0 and architect Richard Gage. https://www.youtube.com/watch?v=3Zbv2SvBEec#t=23For evidence indicating an Israeli role, see the book Solving 9-11: The Deception That Changed the World reviewed here. http://www.wrmea.org/2013-march/books-solving-9-11-the-deception-that-changed-the-world.html

Apart from 911, however, there are many other well-known historical incidents in which a thorough analysis of the evidence points to a different explanation to the official one that is now widely believed. See, for example, the explanation of James Douglass for the assassination of US President Kennedy in JFK and the Unspeakable: Why He Died and Why It Matters. http://www.amazon.com/JFK-Unspeakable-Why-Died-Matters/dp/1439193886

Moreover, irrespective of your beliefs in relation to historically notable events, there is an endless sequence of other points, from the trivial to the profound, about which you are being systematically misled. 'There is no cure for cancer', we are told. And yet Gerson Therapy http://gerson.org has been curing cancer patients for nearly 100 years!

But my intention in this article is not to send you off researching a multitude of historical incidents or even to point out where and why we are all being misled. Instead, I want to ask you three questions: Are you scared to make your own judgment (irrespective of the number of others, including experts, who make a similar judgment)? Are you scared to be labelled a 'conspiracy theorist' if you believe something contrary to the official (that is, the elite) narrative? And why?

When we are young, we are all exposed to a wide range of people, each of whom has a limited amount of knowledge, as well as beliefs and an opinion, about a wide range of issues. Whether these adults are our parents, teachers, religious figures or simply other people with whom we interact, most of them are unconsciously engaged in trying to persuade us to see things from their perspective. This happens because they are scared when people do not agree with them and so they tend to spend time with people whose perspective they share.

If some of the people with whom we interact are particularly scared when people disagree with them, then they will tend to be more forthright in seeking our 'agreement' (especially, perhaps, in particular contexts). And they will do this in a variety of ways, subtle and otherwise. In many contexts, for example, people will attempt to impose 'agreement' as a way of avoiding feeling their own fear (such as the fear of being wrong). For instance, if a parent wants their child to attend school, they are unlikely to listen well to a child explain why they do not want to do so, either today or permanently.

So, if the parent is scared to listen to a child, and the child becomes scared by the parental failure to listen, the child might simply learn to do what they are told because this is less frightening than standing up to their parent. This will certainly be the case if early experiences of being assertive are met with violence (euphemistically called 'punishment').

Similarly, if a teacher is scared to listen to a child, and the child is frightened by the teacher's failure to listen, the child might simply learn to do what they are told because this is less frightening than confronting the teacher.

Before long, as you can see, the child will become afraid to challenge any authority figure under any circumstance and the belief, opinion or command of the parent, teacher or other authority figure will become 'the (unchallengable) truth', even if there are some (vague unconscious) misgivings (which are easily suppressed). For a full explanation of the 'invisible' violence which causes this, see'Why Violence?' http://tinyurl.com/whyviolence and 'Fearless Psychology and Fearful Psychology: Principles and Practice'. http://anitamckone.wordpress.com/articles-2/fearless-and-fearful-psychology/

So here are the key questions. Did your parents and teachers encourage you to question and seek answers for yourself (rather than simply believe what was presented by them)? Did they encourage you to challenge their authority (when you felt you had legitimate cause)? Or did they punish you for questioning/disobeying them? What do you do with your children?

And how much time do you spend investigating, for yourself, the major issues of our day – in relation to wars, the environment and a variety of social justice and health issues, for example – and then courageously standing up for the viewpoint that you develop based on the evidence that you have considered and evaluated personally?

If you are already inclined to question and challenge authority, you might want to sign the online pledge of 'The People's Charter to Create a Nonviolent World'. http://thepeoplesnonviolencecharter.wordpress.com

In essence, a key factor in the elite strategy to maintain social control is to endlessly disparage, and try to frighten people out of considering for themselves, the evidence on any given issue. So next time you are reading, watching or listening to a presentation of the 'official' view, ask yourself 'What is the truth here?' and, when you judge it really matters, check out the evidence for yourself.

Biodata:
Robert J. Burrowes has a lifetime commitment to understanding and ending human violence. He has done extensive research since 1966 in an effort to understand why human beings are violent and has been a nonviolent activist since 1981.

He is the author of 'Why Violence?' http://tinyurl.com/whyviolence His email address is [email protected] and his website is at http://robertjburrowes.wordpress.com