ISSUES ON THE SHIFT OF THE FEBRUARY ELECTION DATES 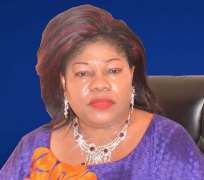 It has been an avalanche of commentaries since the 7th of February's announcement by the Independent National Electoral Commission (INEC) of a shift on the February Election dates by 6 weeks as discordant tunes have been trailing the announcement. While some commended the initiative taken by INEC as a bold step, others have faulted it by describing it as a show of deceit on the part of INEC.

No doubt, the shift on the February election dates seemed injurious to the nation's democracy, but perceptive political analysts have noted that unfolding events, especially the prevalent huge deficit in the distribution of the Permanent Voters cards (PVC) have shown that the development rather saved the nation and the Independent National Electoral Commission (INEC) a huge embarrassment.

More so, contrary to subjective reactions to the issues trailing the shift on the dates of elections , the Chairman of the Nigerian Social Insurance Trust Fund; Dr. Mrs. Ngozi Juliet Olejeme has noted that all lovers of democracy should appreciate those who raised the alarm, which led to the shift as any election on the earlier scheduled February 14 and 28 dates would have been chaotic and far from being fair and credible as over 23 million registered voters would have been disenfranchised for no fault of theirs.

According to her, the fact that millions of Nigerians are still struggling to receive their PVCs more than a week after the February 14th date clearly shows that the credibility of the elections would have been questioned had the Commission gone ahead with the elections on that day. “As at February 7, a week to the rescheduled elections, the Chairman of INEC, Prof Attahiru Jega announced that only 45, 829,808 representing 66.58 percent of the total number of registered voters have received their PVCs. INEC's records also showed 1.3 million cards were yet to be delivered by the printers”.

Furthermore, Dr Olejeme recounted that while briefing the Senate last week Wednesday, the INEC Chairman had acknowledged that the shift was a blessing in disguise which affords the Commission and other stakeholders an ample opportunity to perfect all processes for credible elections.

On the other hand, Olejeme who is also the Deputy Chairman of the Finance Committee of the PDP Presidential Campaign Organization restated the Campaign Organization's readiness for the March 28 elections adding that with the credibility of the PDP's Presidential Candidate in the person of President Goodluck Jonathan, his numerous achievements and support of Nigerians, the PDP is assured of emerging victorious at the polls.