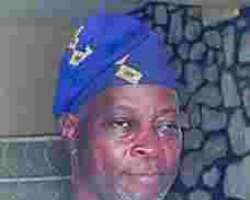 SEMIU OKANLAWON writes that the need for strong political platforms ahead of the 2011 general election is compelling politicians to court new friendship. Self-preservation and desire for domination however threaten such agreements to work together.

Despite having barely one year to the next general election, the release of the two options time-table by the Independent National Electoral Commission two weeks ago still caught politicians and political parties somewhat in a state of flux.

By the time the Prof. Maurice Iwu-led commission reeled out the time-table, it did at a time many of the political parties and politicians were either initiating discussions or were in the middle of it. For political parties, with the exception of possibly the ruling Peoples Democratic Party which appears not to be bothered about alliances and merger talks, virtually all other parties are criss-crossing the country in search of new friendship that will strengthen their positions before Nigerians go to the poll in 2011.

And for notable politicians, especially those eyeing the presidential and governorship seats, there are ongoing high level negotiations on who to partner with in order to form formidable teams ahead of electioneering.

In all these, the search for credible friendships among political forces seems to aim at only one thing: to get the PDP out of Aso Presidential Villa in 2011. A major project that it represents, the various political tendencies seem to have come to the reality that unless there is a workable agreement among them all, what the ruling party will have in 2011 will amount to a work-over, and not in any way an electoral contest.

The state of the parties
Between 2007 when the last general election held and now, the various political parties, especially the major ones, have passed through stages which had either left them depleted or fractured.

The All Nigerian Peoples Party which could have been the leading opposition party by virtue of the states it controls; has fallen into pieces over the last three years. Not only has its presidential candidate in the 2007 presidential election, Maj. Gen. Muhammadu Buhari, left its fold, the party has lost some of its governors to the PDP with the only one remaining looking good as a catch for the ruling party.

Many also believe that ANPP kissed death by its decision to join the Government of National Unity initiated by the Umaru Yar'Adua-led PDP government in 2007. Apart from what many critics considered to be the killing effect of a union with the PDP, internal wrangling in the party especially among its leaders like Buhari, its National Chairman, Chief Edwin Ume-Ezeoke; board of trustees member and former presidential candidate of the defunct National Republican Convention, Alhaji Bashir Tofa; Kano State governor, Alhaji Ibrahim Shekarau, the party was as good as prostrate.

Although the party had said that Buhari's exit carried no impact, watchers of the scene are convinced that the dilemma on ANPP's hands is how to scout for another presidential candidate that will have the clout of Buhari to fly the party's flag come 2011.

Essentially, the party also looks more relevant to some voters in the Northern part of the country. Since the party was formed as All Peoples Party in the build up to the 1999 election, the farthest it had come in controlling any state out of the North was Kwara where the late Navy Captain Mohammed Lawal (rtd) was elected governor. Since 2003 when the PDP overran the state, ANPP had remained largely in the North with little impact in the South.

Even, the mass of support the party seemed to have gathered in the build-up to the 2007 general election in Oyo and Ogun where it provided the platform for Senator Abiola Ajimobi and Senator Ibikunle Amosun respectively have considerably waned. While Ajimobi has returned to the Action Congress, Ibikunle just finally lost his battle for the governorship seat. At the moment, ANPP does not appear to be an attractive platform to politicians in all the zones of the South unless there emerges an encouraging relationship with other political forces in and outside the North.

Although, spokesman of the Action Congress, Alhaji Lai Mohammed, would insist the party has structures in all the wards of the country, the perception of the party as one that is largely rooted in the South-West cannot be wished away. Despite controlling only one state -Lagos – in the whole of the zone, the party believes that given a free and fair election, the PDP cannot match it in strength in the zone. Of course, the party prides itself as having a foothold outside the zone by controlling Edo State in the South-South with its high hopes of securing both Ekiti and Osun through the ongoing cases before the election petitions tribunals.

With the seemingly popular belief that the Presidency will remain in the North for another four years, the AC appears to be the most beautiful bride being courted by almost all the political groups that desire to capture the Presidency in 2011.

The search for new friends especially among heavyweight political figures from the North has been compelling politicians from both the North and the South-West to want to work together.

Building the mega platform
On Wednesday, hopes began to wane on what was expected to be the much touted all-embracing party that could give PDP a major challenge.

For months, leaders of the AC, Democratic Peoples Party, Democratic Peoples Alliance, the newly unveiled Congress for Progressive Change and notable loyalists of former Vice-President Atiku Abubakar, had been meeting under the aegis of the National Democratic Movement with a view to forming a broad-based political platform.

But the burble seems to have burst on Wednesday at a meeting of the leaders of the groups in Abuja where each of the groups went away without agreeing on modalities of a marriage that could give Nigerians an alternative platform.

Apparently, there was the thought that with a merger of Buhari's CPC and Alhaji Atahiru Bafarawa's DPP, and possibly with loyalists of Atiku fusing into the arrangement, the three geo-political zones in the North could be pulled off PDP's feet. Added to that was the expectation that AC's spread in the South-West and some measures of support from the South-East and the South-South, the dreamt political platform would go places.

But then, Wednesday's development seems to have put asunder, all those assumptions, at least, for now. Buhari is believed to have the name that still motivates many especially in the North. But analysts are of the view that with a new political party that was registered few months ago, CPC may be up against an uphill task mobilising support that is capable of giving the party any relevance on a national scale. Buhari is not expected to work with any PDP structure in other zones. In the South-West and other parts, there are fears that his CPC may find it hard to find new friends which will be strong enough to give his party the national spread which he requires to make anything out of his presidential ambition.

But the Director General of the Buhari Campaign Organisation, Alhaji Buba Galadima, said Buhari's and by extension, CPC's position was informed by previous experiences where Buhari was just the presidential candidate of the ANPP without really having any say in the running of the party.

Galadima said,
'I think because there is no living Nigerian as at today who can defeat Gen. Buhari in any free and fair election, what they are doing is to run him down. And that is why you have these insinuations that Buhari does not want CPC to work with any other political party.

'What Buhari wants is a big party that will send the PDP out but in doing that, his party must not lose its identity. Politicians had used him to campaign to become governors, members of the National Assembly and all that and after their elections where Buhari ran as their presidential candidate, they abandoned him even at tribunals. The General does not want that kind of experience again.'

Who is talking to who?
Those eyeing the Presidency have been threading with caution. This is because of the several factors that will determine where the pendulum swings in 2011. While other leaders are believed to be reading Buhari's next moves, the Kano State governor, Mallam Ibrahim Shekarau, has been building structures across the country trying to gain acceptable across the divides. Apart from the two, however, there are others who wish to take over the Presidency in 2011 both within the ruling party and the opposition.

In one form or the other, names of the current National Security Adviser, Gen. Aliyu Gusau; former military president Ibrahim Babangida and former military governor of Kaduna State, Col. Abubakar Umaru, have also been mentioned.

Despite being handed down what observers considered to be a warning by the National Chairman of the PDP, Chief Vincent Ogbulafor, to Acting President Goodluck Jonathan not to nurse any presidential ambition, there are talks of some of his loyalists making undercover moves to see how things could work in favour of Jonathan as a presidential candidate.

In addition to this is the fact that Jonathan is said to be under consideration for another joint ticket with at least, two of those eyeing the Presidency as a running mate again.

An aide of the Acting President, who however pleaded anonymity, said Jonathan 'is not yet decided on what to do; preferring to keep to his chest, what his plans are for now.'

Our correspondent gathered that AC has also been discussing with Shekarau who is still in ANPP. Which direction the AC goes in terms of alliance will largely depend on which of the parties in the North commands the largest support base in the three geo-political zones of the North in view of its desire to have a vice-presidential candidate come from the zone.

A source also added that some power elite in the North have initiated moves to bring Shekarau and Buhari to work together with a view to pulling the carpet off PDP's feet in the North. However, this is said to be proving a hard nut to crack especially because of the deep-seated discord between Shekarau and Buhari before the former finally quit the ANPP.

By the time the NDM talks flopped on Wednesday, it was obvious that the DPA was already having its eyes in other directions. Sources said the National Chairman of DPA, Chief Olu Falae, is extending hands of friendship to leaders of the Nigeria Labour Congress, Trade Union Congress and the Labour Party.

The search for new friends looks set to intensify in the days ahead. Even those who appear to disagree, when faced with the realities of defeat if they go to poll with weak platform are likely to come back to the discussion tables to iron out their differences.