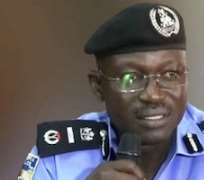 The Inspector General of Police, Suleiman Abba has approved the redeployment of new set of police commissioners to different commands and formations in the country.

The Force Spokesman, Emmanuel Ojukwu, who announced the redeployment of 33 commissioners in a statement Tuesday, said it is in line with determination of the force to enhance the administrative and operational effectiveness of the Force.

He added that the exercise was designed to fill vacancies created by officers who will be embarking on a course at the National Institute of Policy and Strategic Studies (NIPSS), Kuru, Jos.

The police had last week redeployed 16 of its commissioners.