NDYM GETS NEW PRESIDENT …MAY RETALIATE ATTACK ON JONATHAN, BACK SECOND TERM BID 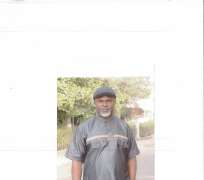 NDYM GETS NEW PRESIDENT
…MAY RETALIATE ATTACK ON JONATHAN, BACK SECOND TERM BID

Following last year's gruesome murder of the President of the Niger Delta Youth Movement (NDYM), Prince Ajulisan Akumagba, a new National President has emerged for the Movement. He is Mr. Godwin Ikogho.

Ikogho is a former President of Isoko National Youth Movement, one of the ethnic nationalities' youth groups in the Niger Delta region of Nigeria.

The new President was unanimously adopted and endorsed by the National Executive Council of the NDYM in a well attended Convention to fill the vacuum created by the late Akumagba and to complete the tenure slot of Delta State.

According to a resolution signed by the NDYM National Legal Adviser and Chairman of the Convention, Barrister Cosmos Akuneho and Secretary, Ojubuiyi Bright, and made available to our Correspondent, the office of the Director General of the Directorate for State Security, intervened and brokered peace for all the parties.

It reads in part: “The national President of the NDYM, Prince Ajulisan Akumagba was brutally assassinated on the 2nd day of March, 2014 by yet unknown persons”

“Consequent upon the unanimous resolution endorsed by NDYM at the office of the DG, SSS, Abuja on the 24th day of March, 2011 and 24th day of March 2013 respectively, the NEC of NDYM today, having adopted the letter from the Delta State chapter replacing the late Prince Ajulisan Akumagba with Mr. Godwin Ikogho as a National Officer hereby nominate, confirm and adopt Mr. Godwin Ikogho from the same Delta State as the national President of NDYM who will complete the remaining tenure of Delta State.”

“In line with the above therefore, the Federal and State Governments, Ministries, Parastatals, Multinationals and Agencies, including Security Agencies and the general public should take note that Mr. Godwin Ikogho is now the President of NDYM.”

The Convention passed a vote of confidence on the present board of the Niger Delta Development Commission, NDDC, under the leadership of Barrister Bassey Dan –Abia, as Managing Director, even as it urged the National Assembly to make haste to pass its 2015 budget to enable it perform better.

In another development, the NDYM has thrown its full weight behind the second term bid of President Goodluck Jonathan.

National President of the Movement, comrade Godwin Ikogho made the disclosure while addressing newsmen in Abuja weekend.

Ikogho frowned at the attack on the President's campaign team in some parts of the country and warned that youths of the region have the capacity to “return fire”.

“The entire nation and all groups in the Niger Delta region, in the interest of peace and unity are hereby enjoined to support the second tenure aspiration of Mr. President for him to consolidate on the Transformation Agenda of his administration.”

“It shall no longer be accepted by NDYM for any person or group of persons to pelt Mr. President in any part of Nigeria, in his course of campaigning, in preparation for the 14th February, 2015 Presidential election. The civility of the Niger Delta youths should never be misconstrued as a sign of weakness or docility,” he fumed.