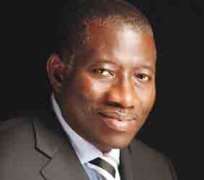 Pandemonium broke out at the Ohanaeze Ndigbo Secretariat of Tuesday during the sharing of the huge sums of money given to the Igariwey led leadership of the body for endorsing Jonathan's second term. Many persons who were at the endorsement venue smiled home with some tens and hundreds of thousands of naira and a few got some millions of naira. Some obviously greedy beneficiaries of the Ohanaeze national cake who felt shortchanged in the sharing formula had revealed to members of Ohanaeze Elders Council and other Igbo leaders in Nigeria and diaspora that Jonathan released N5billion naira and their leaders hid more than eighty percent of the money for themselves while releasing pittances to them.

This grumbling group within the Igariwey led Ohanaeze Ndigbo Executive claimed that those who cornered a lion share of what was given by Jonathan campaign group includes Chief Emmanuel Iwunyanwu, Senator Hope Uzodimma, Eze Cletus Ilomuanya , Prof Goddy Uwazulike among others. They also fingered Chief Joe Nwaorgu and Chief O.A.U Onyema Secretary General and Deputy President General of Ohanaeze respectively, as those that gave those pittances not commensurate with their status as leaders and youth leaders in the organization. These men are threatening to expose all the secret deals from the secret Aso Villa meeting of January 12th to the events of Monday night if they are not adequately compensated.

Some Ohanaeze State Chapter Presidents from 19 northern states complained to the Director General of Igbo Mandate Congress (IMC), Rev Obinna Akuwe that they were disenfranchised from the sharing process because they raised issues of security of Igbos in the north. Their spokespersons, Zamfara and Jigawa States Chapter Presidents, claimed that they were disenfranchised in the sharing process and that only the FCT branch of Ohanaeze was given money.

The President of Ohanaeze Ndigbo in Zamfara State, Evangelist Nmamdi Okeke while confirming the arrival of huge bags of money shared at the venue claimed that “we were disenfranchised probably because we raised questions about the issue of security for Ndigbo in the north with sections of Ohanaeze leadership, including possible contingent plans to evacuate our people home in case of crisis. Our views probably did not get down well with some people” Evangelist Okeke vowed continuing to work with other Ohanaeze leaders especially in the north to ensure that Igbos are not brutalized. He expressed gratitude to the Minister of Defense, General Aliyu Gusau (rtd) for his support to the Igbo community in the North West.

Rev Igwesi Offodile, Chairman of Ohanaeze Ndigbo Jigawa State Chapter also told Rev Akukwe that “ the security of Ndigbo in the north before, during and after the elections is very important and if Ohanaeze cannot make adequate contingency plans then it is very unfortunate”.

Chief Akunne Azikiwe, son of Nigeria's first President and Owelle of Onitsha, Dr Nnamdi Azikiwe while speaking with Rev Akukwe on the subject matter said that “ collecting of billions form Jonathan without any negotiation is not good for Ndigbo. Jonathan is our neighbor, we cannot abandon him but this issue of sharing money is not beneficial to our psyche, ”. On the calls for the postponement of the elections, Akunne Azikiwe lent support positing that” very soon the announcement postponing the polls will be made by six weeks or so which is a good development. This will give Ndigbo and other tribes' time to diffuse tension in Nigeria and return to issue based campaign”

Rev Akukwe was told by some leaders of Igbo Delegates Association(IDA) that they were given N20 million naira to be shared among the 19 Northern States and described as unfortunate the fate that befell Ohanaeze State Chapters in the North who were still stranded in Enugu as at press time. They believe that the 19 northern states failed to comply with the directive to give Goodluck Jonathan maximum support; hence they were disenfranchised from the sharing process. They described Igariwey as the first Ohanaeze President to receive money and share same to the grassroots in such proportion, pledging undying support for him.

The Chairman of Ohanaeze Elders council and first republic transport minister Chief Mbazulike Amechi had on Thursday told Rev Akukwe that those sharing money are not the real Ohanaeze. According to him, those sharing the money are “a group of illegal Ohanaeze whose major purpose is to collect and share billions of naira without any negotiation over the fate of Ndigbo during and after the Jonathan era”. Chief Amaechi told the leaders of Igbo Mandate Congress that those that went to Abuja to meet with Jonathan are speaking for themselves and their family. According to him “The basic interest of those endorsing Jonathan is to collect money. They were sharing millions and hundreds of thousands on Tuesday to some persons and we the Elders Council of Ohanaeze are not a part of it. Some persons even got their finger bitten off while some women got their dresses torn while struggling for the money from Abuja. That is not what Ohanaeze stands for” Ohanaeze Elders Council had rejected the endorsement of President Jonathan and had asked Igbos to vote either Buhari or Jonathan as their conscience permits them.

Dr Zed Chukwujama, Secretary Ohanaeze Caretaker Committee expressed worry over the fate of Igbos in the north after the elections and told Rev Akukwe “that those who are sharing the millions are not thinking of how to protect Igbo lives and property especially in the North”.

The President General of Ohanaeze Ndigbo, Chief Gari Igariwey in a press conference on Friday denied receiving N5billion naira to endorse Jonathan. Igariwey reportedly told newsmen that “What is happening in Ohanaeze is purely money. Certain persons want to negotiate on behalf of Ndigbo for 2015 general elections not necessarily for Igbos interest but solely for their selfish interest,” Igariwey described the insinuations that Jonathan gave them N5 billion naira as baseless and while asking Igbos to vote the incumbent posited that it is only Jonathan that will implement the National Conference Report.