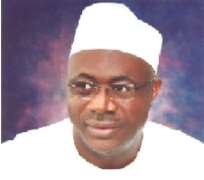 Following the recent development in the International oil market that has affected the revenue stream of Government; the Federal Government says that it has become necessary to introduce a number of cost-saving measures.

One of such measures according to him is an embargo on foreign trainings and international travels by public servants in all Ministries, Departments and Agencies (MDAs), including all Parastatals beginning from January 2015. The Head of Service who listed in the Circular some guidelines/instructions which shall be applied before any Public Officer shall travel out of the country on Government expense stated further that 'proposals for participation or attendance of International Conferences, Seminars, Workshops, Study Tours, Trainings, Presentations of Papers, Negotiating/Signing of Memoranda of Understating (MOU) abroad at Government expense, shall no longer be allowed except those that are fully funded by sponsoring /invitation organizations.'

The Circular further states that no Ministry, Extra-Ministerial Office, Department, Agency or Parastatals shall send staff outside Nigeria for training at Government expense whether or not that Agency draws funds from the Federal Government Budget or meets its financial needs from revenue generated by itself. It says that Public Servants invited for Foreign Trainings/Study Tour, Conferences by any organization, Government or other Bilateral/Multilateral organization will be allowed to travel provided that no travel cost, Estacode application or any other cost on Government is involved.

The Head of Service said that local training will continue and, where necessary, foreign experts may be invited to conduct trainings for which there are no local experts and requests for international travels is essential and strategic cases must be strictly justified with evidence of sources of funding.