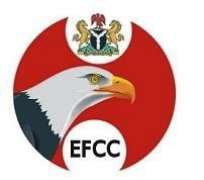 The directors are: Molkat Manasseh Mutfwang, Michael Mtonga Aule and Dr Andrew Ekpunobi. Three other accused arraigned with them today include Intermarkets USA; Intermarkets Nigeria Limited and Alexander John Cozma, a foreign contractor. The accused persons who were all present in court pleaded not guilty after listening to the charges being read to them.

Professor Sokan and Intermarkets Nigeria Limited were arraigned for the first time today because they have been evasive.

EFCC prosecution counsel, Abdulwahab Shittu, had earlier told the court that the 64 count charge as against the initial 26 count charge filed against the suspects was due to fresh documents discovered in the course of further investigation by the anti-graft agency. He prayed the court to remand the accused person in custody while he also asked the court to set aside between two and three clear days for accelarated trial considering the overwhelming evidence against the accused.

Defence counsel, D.J Akomolafe however prayed the court to grant bail to Professor Sokan hinging his argument on the fact that all the earlier accused persons had all been granted bail.

Prosecution counsel however opposed the request arguing that for the accused to be granted bail, the defence counsel has to apply for the release and bail of the accused as well as come formally before the Judge by way of affidavit and provide supporting documents.

After listening to the arguments, Justice Bello nevertheless, granted bail based on the former conditions. The bail conditions are for the accused to provide the sum of N100 million each, one surety each in like sum. The surety should be owner of landed property within Abuja and to deposit their titles documents in court. The accused were also barred from traveling abroad as they were to deposit their travel documents with the court.

J. O Odubele, defence counsel to Alexander John Cozma told the court that based on an application filed before the court on December 1, 2009, a leave be granted to the accused person to undergo medical treatment abroad. But the prosecution counsel pleaded with the court to deny the application; saying that the accused being a foreigner, might abscond. The judge then adjourned the case to December 15, 2009 for hearing.

Apart from Prof Sokan and Intermarkets Nigeria Limited, the five other accused persons were first arraigned on May 19, 2009 on a 26 count charge but were later granted .