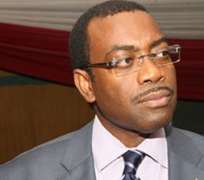 The Minister of Agriculture and Rural Development, Dr Akinwunmi Adesina, last week assured Nigerians that the federal government would successfully contain the current outbreak of the Avian influenza (H5N1), also known as bird flu. Adesina, who said he had directed a nationwide comprehensive surveillance, quarantine, depopulation and decontamination of all affected poultry farms and areas added that his ministry was working closely with state governments, the Poultry Association of Nigeria, the Nigerian Veterinary Medical Association and the Animal Science Association of Nigeria to contain the spread.

According to official figures, as at the weekend, no fewer than about 300,000 birds were believed to have been exposed to the disease which largely affects wild birds and domesticated poultry like farm chickens, ducks, and turkeys. It is estimated that about 80,000 of them may have already died. But the agriculture ministry authorities have been proactive by deploying veterinary members of staff to the 11 affected states to prevent a national epidemic. The federal government, in collaboration with the government of Canada, is also supporting the Veterinary Research Institute, Vom, Plateau State, to acquire the requisite biosecurity facility that would allow experts to do rapid diagnosis of diseases without travelling out of the country as was the case in the past.

While the World Organisation for Animal Health (OIE), Inter African Bureau for Animal Resources (AU-IBAR) and Food and Agriculture Organisation (FAO) have been duly informed about the outbreak, it is important to reiterate that human infection with H5N1 virus is preventable with adequate care, so there is no need for Nigerians to panic.

However, to the extent that the few human infections have occurred following prolonged contact with sick or dead infected poultry, we also call for caution and more public enlightenment on the disease. It is for instance important for people who work with poultry or who respond to avian influenza outbreaks to be advised to follow recommended bio-security and infection control practices which include the use of appropriate personal protective equipment and careful attention to hand hygiene. In addition, officials deployed to contain the disease should also be advised to receive seasonal influenza vaccination and take prophylactic antiviral medication in the course of their assignment.

It is noteworthy that the Ministry of Agriculture has responded well to the bird flu challenge, though we cannot say the same of the Ministry of Health against the background that the H5N1 virus can also affect human beings. That is why it is important for all the critical stakeholders across the board to collaborate in the effort to tackle the problem. For instance, all the people who work in any poultry where the virus has been detected should be monitored for illness during and after responding to HPAI outbreaks as it is the standard practice in other countries.

On the whole, the recommended strategies for dealing with the disease are: all poultry food should be properly cooked before consumption; hands must be washed with warm water and soap for at least 20 seconds before handling food and pets; cooked food should not be put on a plate which previously held raw meat, poultry and seafood, while eggs must be cooked until whites and yolks are firm. Attention to such details is very important, especially in this period.

We commend Adesina and his ministry for their efforts which include paying some monetary grants to the affected poultry farmers. But the federal government should do more by way of enlightenment not only to contain the spread of the disease so that it is not transmitted to human beings. Much more importantly, we must find a way to put an end to what is becoming regular outbreak of bird flu in our country.