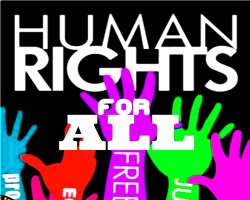 The Executive Director of Media Ethnics and Rights Initiative, an Onitsha based media critic and responsible journalism advocacy group, Prince Ezekiel Amanambu, has commended the Anambra State Governor, Chief Willie Obiano and the Anambra State House of Assembly for the bold initiative to pass the Breaches of Peace and Unlawful Assemblies Prohibition Law 2015 which prohibits Engagement in Unlawful Assemblies and Campaigns in such a manner as to cause Public disorder and Breach of Peace in Anambra State. Prince Ezekiel Amanambu was speaking to newsmen in Awka over the weekend as part of the nation-wide efforts to ensure conduct of peaceful elections in February 2015.

Prince Amanambu, a Lawyer and Rights Activist, said that the Anambra Breaches of the Peace Law 2015 couldn't have come at a better time. According to the Peaceful elections advocate, “Electioneering campaigns and elections in Anambra has over the years been turned into circus of sorts with pot-pouri of violent clashes amongst multiple candidates contesting for positions on same party platform contrary to the provisions of the Electoral Act thereby confusing the electorates and unnecessarily heating-up an otherwise peaceful state.”

Amanambu explained that the intention of the Law which explicitly stated that: “Any person shall not advertise, publish or solicit for votes for or otherwise engage in any campaign for himself or any person whose name was not duly published by INEC or ANSIEC or any other electoral body within Nigeria as a nominated person or candidate for any election within Anambra State.”-Is very clear because it discourages and prohibits disorderly assemblies and misconducts including unlawful election campaigns for false candidates which often lead to public disorder and breaches of peace.

“It must be noted that Anambra has operated under this multiple candidates scenario during elections for many years with silent complains and no action leading to the confusion of voters and lack of quality representation at various levels post elections. It is therefore heartening to see the outcome of clear Executive - Legislative cooperation for the good of the people. This law promotes law and order and is for the good of all men and women of goodwill. I therefore call on peace loving people to commend it. I am particularly grateful that we have a security-conscious governor who understands the need for such a people's law.”

Prince Amanambu assured that his Group is monitoring to see the implementation of the law which he hopes will also curtail the defacing posters and billboard of political opponents.

A cross section of groups and citizens of the state has already commended the new Law as the right move to curb election violence and rivalry amongst party candidates.