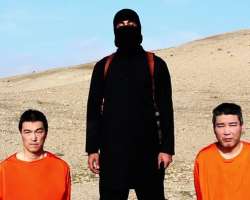 The fate of two Japanese men whom ISIS kidnapped and threatened to execute was unknown Friday as the 72-hour deadline that the militant group set apparently came and went.

On Tuesday, ISIS released a video threatening to kill the two men — Kenji Goto and Haruna Yukawa — unless Japan paid the group $200 million within 72 hours.

Based on the time frame, the Japanese government estimated that the ultimatum expired at 2:50 p.m. Friday, Tokyo time (12:50 a.m. ET Friday), and scrambled to secure the men’s release.

Hours before the estimated deadline, an ISIS spokesman told Japanese broadcaster NHK that the group would release a statement “soon” about the hostages. That statement didn’t come.

When asked whether ISIS has been in negotiations with the Japanese government, the spokesman told NHK he wouldn’t comment.

ISIS claims the ransom amount is the same as the financial aid pledged byJapanese Prime Minister Shinzo Abe to countries affected by the militant group.

Japanese officials have repeatedly stressed that their military, which is constitutionally forbidden from taking action other than for self-defense, isn’t involved in the international airstrikes against ISIS positions in Syria and Iraq. The Abe pledge is for humanitarian purposes, like helping refugees, not military purposes, Japan says. CNN