Certificate saga: Only Buhari can ask for result - Cambridge 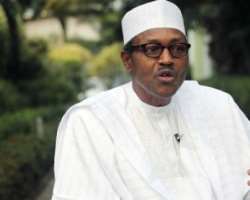 The examination body, University of Cambridge, has said that only General Muhammadu Buhari can request for his result. Buhari is the presidential candidate of All Progressives Con gress (APC).

In its response to requests by some Nigerians to authenticate Buhari's certificate, The University of Cambridge Local Examinations Syndicate (UCLES), now known as Cambridge Assessment, yesterday said: 'We can only confirm or verify results at the direct request of or with the permission of a candidate.'

It stated: 'This is in accordance with the provisions of the Data Protection Act 1998 and section 40 of the Freedom of Information Act 2000.'

The institution also said that, according to the regulations for 1961, African language papers, including Hausa, were set for the West African School Certificate Examination.

Amid this saga, the Nigerian Army had, on Tuesday, revealed that Buhari's file did not contain original certificate or certified true copy of his West African School Certificate (WASC).

According to the Director of Army Public Relations, Brig. General Olajide Olaleye, when Buhari sought to join the army, his school Principal at Provincial Secondary School, Katsina, endorsed his application and also wrote a report, certifying him suitable for military commission.

He had said: 'His application was duly endorsed by the principal of the school, who also wrote a report on him and recommended him to be suitable for military commission. It is a practice in the Nigerian Army that before candidates are shortlisted for commissioning into the officer's cadre of the service, the Selection Board verifies the original copies of credentials that are presented. However, there is no available record to show that this process was followed in the 1960s.

'Nevertheless, the entry on the NA form 199 at the point of documentation after commission as an officer indicated that the former Head of State obtained the West African School Certificate (WASC) in 1961 with credits in relevant subjects: English Language, Geography, History, Health Science, Hausa and a pass in English Literature. However, neither the original copy, Certified True Copy (CTC) nor statement of results of Major-General Muhammadu Buhari's WASC result is in his personal file.'

In the same vein, the authorities of Government College, Katsina, where Gen Buhari said he sat for the school certificate, on Wednesday, released his secondary school statement of results. Agency report