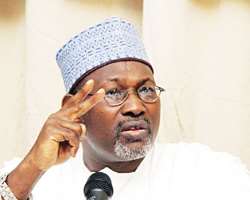 The Ogun Police Command on Tuesday disclosed that INEC has confirmed its ownership of the ballot boxes that were intercepted by soldiers on the Benin-Sagamu Expressway.

The spokesperson of the command, Mr Muyiwa Adejobi, told newsmen in Abeokuta that soldiers attached to the 35 Artillery Brigade, Abeokuta, on Tuesday intercepted a truck containing 3,600 ballot boxes.

Adejobi said that the driver and two other passengers of the truck, who could not give satisfactory explanations concerning the boxes were handed over to the police at the Ijebu-Ode Area Command.

He, however, said that INEC, in the course of investigations conducted by the police confirmed that the items were meant for the commission.

'For now, we have been receiving calls from officials of INEC. We have also been getting calls from the agent who is in charge of the delivery of the items.

'INEC has confirmed that the items are meant for them and for delivery to its office at Uyo, Akwa-Ibom state, for the forthcoming general elections.

'We are having 3,600 ballot boxes. The agent, who is in charge of the materials, has not handed over the items to INEC officially.

'But INEC is aware of the importation and the procurement and subsequent distribution of the boxes,'' he said.

Adejobi, however, insisted that investigations would continue on the case because the police could not rely only on telephone conversations, adding that it required documented evidence.

'For now, we cannot say whether they are fake boxes or not.

'Although we have received calls from INEC to confirm that the boxes are genuine and are property of the agency, but we still want to see documented evidence.

'We want to see papers to confirm the authenticity that INEC actually gave contract to the agent who claimed that the items had been cleared at Apapa Wharf in Lagos before we release the items.

'We have arrested the driver of the truck and taken custody of the items while we will continue investigations.

'If there is no case against the agent, we will release the items, but if otherwise, the law will take its course,' he said.