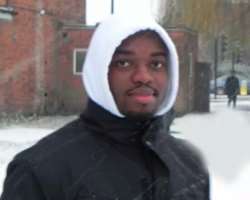 The attention of the Coalition of Human Rights Defenders ( COHRD ) and the immediate family of the slain outspoken politician and chieftain of the Peoples Democratic Party, Late Engr Albert Jimmy Ukpanah, has been drawn to certain reports in the media with the above or similar caption credited to the Executive Governor of Akwa Ibom State, Chief Godswill Obot Akpabio CON.

In the said reports which is being circulated tirelessly on social media, yahoo groups and to media houses by media aides to governor Akpabio, the governor was extensively quoted and reported to have made some grave allegations, insinuations and statements at two separate events (during the inauguration of the PDP Gubernatorial Campaign Council and at the swearing in of the new Attorney General of the state) on Tuesday 13th January, 2015 in connection with the ongoing campaign for the release of Mr. Odudu Ukpanah who has been incarcerated since 27th May, 2014 ostensibly on the orders of the Governor. In the said reports, the following allegations, insinuations and statements are credited to the governor;

1. That he gave the deceased the sum of #2 million (two million naira) two days? before he was murdered to assist him in treating his wife of cancer;

2. That Odudu Ukpanah abandoned his father to watch football and did not raised an alarm after his father was murdered;

3. That Odudu did not report the incident to the police until after 4 days;

4. That Odudu took his father's corpse to a private morgue instead of a government owned hospital;

5. That Odudu washed off his father's blood which resulted from the murder from the ground before the arrival of the police;

6. That Odudu broke the door of his father's bed room immediately after the incident;

7. That there is escalation in cases of children killing their parents in the state;

8. That if Odudu killed his father, God should allow those demanding his release to also be killed.

Ordinarily, we would have ignored these offensive shenanigans since the matter is before a court of competent jurisdiction but after careful perusal of the said reports, we in the COHRD and family of the Late Engr Albert Jimmy Ukpanah are impelled, with the greatest hesitation, to issue this joint press statement so as to set the records straight for the sake of credulous members of the public who may be seduced by the half truths and naked lies contained in the said reports and also to ensure that Odudu's fundamental right to presumption of innocence until proved guilty guaranteed by Section 36 ( 5 ) of the Constitution of the Federal Republic of Nigeria 1999 is preserved and protected. We wish to restate as follows and respond to the issues seriatim;

1. ON THE PURPORTED DONATION OF #2 MILLION TO THE DECEASED:

Firstly, we wish to note the material contradictions in the governor's statements on this issue. During the burial of the deceased, the governor had said openly during his speech that he gave the deceased #2 million on the very day he was murdered. However, in the statement credited to him while inaugurating the PDP Campaign Council, he said when the deceased came to him that TUESDAY, 2 DAYS BEFORE he was murdered, he gave him #2 million and asked him to come back on Thursday so that he will arrange for his wife to be flown abroad for treatment. The deceased was murdered on Wednesday 12th March, 2014, not on a 'Tuesday'. Which of the two inconsistent statements should we take? Could such fatal and material contradiction be inadvertent or an indication that someone is lying?

There is no evidence that the deceased actually received any such money on any day as alleged by the governor. We reject this claim in its entirety as the deceased was not bankrupt before his death. However, supposing without conceding that the money was offered on the date first mentioned, we are tempted to ask why the assassination coincided with the donation and if the said money has been traced to Odudu?

2. ON NOT SHOUTING FOR HELP:

Odudu raised an alarm upon coming out to meet his dad in the pool of his blood. Neighbors ;including the PW1 who gave evidence in an open court on December 15, 2014 and passersby who were returning from various viewing centers after the match came into the compound and assisted in taking the father to the hospital. The witness who lives close to the deceased house said in court that Odudu ran to his house shouting for help; this is the first witness called by the prosecution. So who is saying that Odudu did not raise an alarm? We will like that "eye witness" to enter the witness box and give evidence for the prosecution. It is pertinent to state that political meetings in the deceased's house was a regular routine, therefore it is pointless to say that Odudu abandoned his father when the yet to be identified visitors came to his house for a meeting.

3. NOT MAKING A REPORT TO THE POLICE UNTIL AFTER 4 DAYS:

The deceased was murdered on 12th March, 2014 at about 11pm, Odudu only returned from the hospital at about 2 am of 13th March, 2014. He reported the matter to the Abak Divisional Police Station where the incident took place that morning. He made a statement there. Officers from Abak came that morning and took pictures of the deceased, they also carried the empty can of stout and Remy martins which he served his guests. The Police Investigation Report dated 25th March, 2014, and signed by the IPO Sgt. Ibediro Nnamdi acknowledged that the case was taken over from the Abak Division by the State Police Command on 17th March, 2014.

4. NOT TAKING THE DECEASED TO A GOVERNMENT HOSPITAL:

We will like to know if the Cottage Hospital Ukana in Essien Udim Local Government Area where the deceased was rushed to and where he was pronounced dead is a private hospital? The deceased was moved to Romaco Funeral home on the 13th of March which was the following day accompanied by his sister and relatives. Has anyone verified with Romaco if Odudu took the deceased there alone? Autopsy was performed on the deceased at Romaco in the presence of the IPO and the children of the deceased. The autopsy report is available for all to see.

5. WASHING OFF THE BLOOD FROM THE DECEASED BODY:

The blood that was on the ground as a result of the violent murder was washed-off by the security man (a relative ) of the deceased. He washed it off on the 13th of March 2014 at about 7am because people who thronged into the compound the following day suggested he cleaned it up. Odudu never instructed him to do so, upon returning from the hospital at about 2am he went straight to the neighbors place out of fear and had not gotten into the compound yet when the blood was washed off. Of course, the man is an illiterate and may not have known the evidential value of it. This man made a statement to the police which they choose to close their eyes to.

Odudu did not break any door. The said door was broken by a carpenter on the 13th March, 2014 (a day after the incident) at about 4pm after returning from Romaco Funeral home with the sister and other relatives. Odudu's aunts advised that important documents be retrieved since the house would not be occupied for a while. This took place in the presence of many people, including neighbors. The carpenter and his sister made a statement to the police affirming this fact which they also discarded, all in a desperate attempt to cover the truth.

7. OTHER CASES OF CHILDREN KILLING THEIR PARENTS:

On the 6th January, 2015, the Commissioner of Police, Akwa Ibom State, Mr. Gabriel Achong, put a call to the Convener of the Coalition of Human Rights Defenders ( COHRD ), Comrade Inibehe Effiong, and requested for a meeting with the leaders of COHRD. At the meeting which had in attendance two daughters of the slain politician, the Police Commissioner who spoke more like a Chief Press Secretary to the governor brandished a document which he had prepared purportedly showing list of cases of persons who were murdered by their children, wives, husbands and other close relatives.

We now see what that comical display was all about; a desperate attempt to show that the charge against Odudu is not peculiar. However, just as we told the COP, we wish to restate that every case should be treated on its merits. However, we are sensitive enough to know that there is a close link between crime rate and bad governance. Is such a trend not an indictment on the Chief Security Officer of the state?

Again, why did the governor not mention the many documented cases of politically motivated killings in the state since 2007. If governor Akpabio believes that Odudu killed his father, does he also believe that Edidem Robert Obot (a paramount), Mrs Udonwa (the mother of a governorship aspirant), the Ekpenyong brothers, Obong Paul Usoro (a former Vice Chairman South South, of PDP), and many other victims of assassination were murdered by their children? Is it not true that the deceased just like the other victims, held strong dissenting views particularly pertaining to the 2015 elections in the state?

8. WISHING DEATH FOR THOSE DEMANDING THE RELEASE OF ODUDU

If actually governor Akpabio placed a curse of death on those demanding that Odudu be released should it be that Odudu is culpable, then it is most unfortunate. While we continue to insist that Odudu is innocent, we are not only embarrassed that such intemperate and threatening utterance is being attributed to a state governor; such a shame. We are also very concerned about our lives. We therefore appeal to Nigerians to take note of this.

Our position remains that Odudu Ukpanah, an only son and a masters degree holder in Oil and Gas Management from Coventry University, United Kingdom, did not kill the father. This is a young Nigerian without any past record of criminal activity.

We once again demand the immediate and unconditional release of Odudu. The governor and his media aides should stop engaging in baseless pedestrian gossips. They should let the innocent boy go and rather unravel the REAL KILLERS of Hon. Engr. Albert Jimmy Ukpanah as recommended by the IPO, Sgt. Ibediro Nnamdi in his report. We wish to know why the Akwa Ibom State Chapter of PDP that the deceased was an active and leading member and also served as an officer at a time, NEVER issued any statement condemning the murder of their member? Could it be because the deceased had opposed the senatorial ambition and succession plan of the governor?

For clarity and benefit of doubt, the opinion/recommendation part of the Police Investigation Report dated 25th March, 2014 and signed by the IPO, Sgt. Ibediro Nnamdi, is reproduced verbatim as follows:

"In view of the above findings, the following suggestions are proffered. Since investigation into the case is still on, it is wise to nose around for more information that may reveal the REAL KILLERS of Hon. (Engr.), Albert Ukpanah, AS THE KILLING MIGHT BE POLITICALLY MOTIVATED ASSASSINS.
Above report is for your consideration and further directive, please" (emphasis ours).