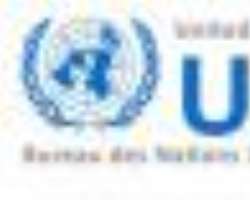 “Recent developments demonstrate the fragile political situation in many West African nations in the lead-up to presidential and legislative elections in 2015-2016,” said Mohamed ibn Chambas, Special Representative of the Secretary-General and Head of the UN Office for West Africa (UNOWA), as he briefed the Council on his Office's activities in the second half of 2014.

Mr. Chambas, giving his first briefing as UNOWA chief, referred to political instability in The Gambia and Burkina Faso. In The Gambia, a third coup attempt in eight years was defeated by forces loyal to incumbent President Yahya Jammeh, who has held office for 20 years.

In Burkina Faso meanwhile, a joint mission of the Economic Community of West African States (ECOWAS), African Union and United Nations helped secure an agreement among national stakeholders for a civilian-led transition when an uprising in October 2014 led to the abrupt resignation of President Blaise Compaoré, after he sought to amend the Constitution to run for a third term.

Presidential elections were also scheduled for next year in Benin, Côte d'Ivoire, Guinea, Nigeria and Togo. The end of 2014 was marked by demonstrations in Togo over the Government's failure to introduce presidential term limits and reform the single-round voting system, while Benin's Government needed to ensure an end to delays in introducing electronic voter registration lists.

General elections due to take place in Nigeria in a month would do so in the midst of Boko Haram's violent insurgency and sectarian conflicts in several regions.

“The holding of polls throughout the states of Borno, Yobe and Adamawa will present a formidable challenge,” said Mr. Chambas. “The risk of pre-and post-electoral violence requires the international community to engage further with Nigeria, to address its ongoing challenges and to support the holding of credible and peaceful elections throughout the country.”

He said counter-insurgency measures efforts were yet to provide adequate protection for civilians from the threat posed by Boko Haram, with the civilian population in the three north-eastern states of Adamawa, Borno and Yobe subjected to intense attacks and systematic human rights violations over the last six months.

“The death toll of this vicious violence, most of which has been attributed to Boko Haram, is staggering,” he said, pointing out that the UN's Counter-Terrorism Implementation Task Force was holding a series of workshops for law enforcement officials on human rights, the rule of law and the prevention of terrorism.

More than 300,000 Nigerians have fled to north-western Cameroon and south-western Niger, and he said UNOWA is working with members of the Lake Chad Basin Commission – Cameroon, Chad, Niger and Nigeria – to address regional aspects of the crisis.

Violent piracy persisted in the Gulf of Guinea, hindering trade, and requiring greater effort to resolve maritime border disputes, while the Ebola outbreak had plunged the region into an unparalleled public health crisis. In mid-November, Mr. Chambas and the President of ECOWAS visited the three most-affected countries – Guinea, Sierra Leone and Liberia.

“We must ensure that the aftermath of the outbreak does not reverse the gains made during years of peacebuilding activities,” he said.