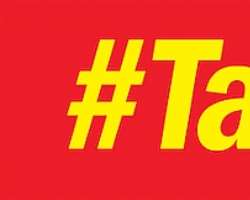 CONAKRY, Guinea, January 5, 2015/African Press Organization (APO)/ -- #ISurvivedEbola (http://www.isurvivedebola.org), the groundbreaking West African multimedia campaign, has launched a new, interactive mobile app that allows Ebola survivors to connect with each other, share public health advice, and update the world on the challenges they still face during their post-recovery lives.

The innovative digital tool debuted in Guinea on January 5. It is being piloted by the first Guinean survivor to share her story with the #ISurvivedEbola campaign. The updates from the app appear on the newly launched #ISurvivedEbola website (http://www.isurvivedebola.org), which also houses the stories of a growing community of Ebola survivors from Liberia, Sierra Leone, and Guinea.

In the first-ever message sent via the mobile app, Camara “Fanta” Fantaoulen of Guinea stated in French, “Yes, I survived Ebola, thanks to the help of the brave healthcare workers who treated me. And I've learned that together, we can defeat this virus and protect our families and communities.”

After losing her father and five other family members to suspected or confirmed Ebola, Fanta believed her death was imminent when she tested positive for the virus. Thanks to a combination of early treatment, strict adherence to her treatment plan, and sheer determination, Fanta recovered from the virus and is now providing psychosocial support to Ebola patients.

The mobile app is the latest component of the #ISurvivedEbola campaign, which leverages survivor stories from Liberia, Sierra Leone, and Guinea to deliver vital public health information about Ebola to affected populations, and to reduce the stigma faced by Ebola survivors. A key way in which the campaign does this is by documenting survivor stories in video, audio, and print formats; then disseminating these stories broadly via local, national, and international media, online platforms, and other distribution channels. Educational radio dramas that tell fictional yet reality-based stories of survival, and radio call-in shows that feature Ebola survivors as guests, are among the equally important campaign activities.

Funded by Paul G. Allen's Vulcan Productions in response to the Ebola crisis in West Africa, #ISurvivedEbola is part of the #TackleEbola initiative (http://www.tackleebola.com) and the Paul G. Allen Family Foundation's commitment of at least $100 million for Ebola relief. The campaign is implemented by PCI Media Impact in collaboration with UNICEF.

Carole Tomko, General Manager and Creative Director of Vulcan Productions, states, “The mobile app really changes the face of this campaign by empowering the people of West Africa to share stories about Ebola and survivorship with each other and the world. The app gives a human face to survivorship and has the potential to create a sense of community in which the survivors, rather than being stigmatized, become leaders and heroes in this fight. The new digital components of the campaign extend our reach beyond West Africa, allowing these very moving, personal stories to be seen and heard globally.”

Currently, campaign staff in Liberia, Sierra Leone, and Guinea are providing each survivor who has shared his or her story through the campaign with a smartphone installed with the app, thereby enabling these individuals to use the technology to share information about their lives after recovery. The smartphones and the app were provided and developed with support from the charity fundraising website GlobalGiving. Campaign staff expect survivors in all three countries to begin utilizing the app within two weeks. The mobile app updates will be shared globally on the newly launched #ISurvivedEbola website.

With the release of the app and launch of the website, the #ISurvivedEbola campaign has completed Phase I of its roll-out in Liberia, Sierra Leone, and Guinea. With active distribution of campaign products across radio, print, digital, and video platforms in West Africa and beyond, the #ISurvivedEbola campaign is also continuing to add stories of hope and resilience to the world's focus on the Ebola outbreak. These stories include two additional survivor story videos from survivors in Liberia and Sierra Leone, respectively.

The latest Liberia video introduces the world to Decontee Davis, a 23-year-old who overcame Ebola but lost her fiancé to the virus. Decontee now works in an Interim Care Center for children who have come in contact with Ebola patients and are under 21 days of observation. Many of these children have lost one or both parents to the disease. In the new Sierra Leone video, audiences meet Aminata Kargbo, a university student who, after surviving Ebola, has arisen as a leader in efforts to educate her fellow countrymen and women on the benefits of early treatment.

“The campaign is really accelerating, especially in the three countries hardest hit by the Ebola outbreak,” said Sean Southey, CEO of PCI Media Impact. “We began in early December with the launch of the campaign and release of the first survivor video (https://vimeo.com/113323185) out of Liberia. Then, the campaign launched educational Ebola-focused radio programs in Liberia and released the premier survivor story out of Sierra Leone (https://vimeo.com/115082561). Now, we have activated the mobile app, released the first survivor story out of Guinea, and launched a website that will allow concerned citizens throughout the world to join the movement.”

The multiple #ISurvivedEbola campaign products and activities are reinforcing the existing work being done by organizations like UNICEF in Liberia, Sierra Leone, and Guinea to spread key messages on Ebola to the public.

“While treatment of Ebola patients is critical, the best way to end the Ebola outbreak in West Africa is to cut the chain of transmission and prevent further infections,” said Rafael Obregon, Chief of the Communication for Development Section at UNICEF. “As the global UN lead for the Social Mobilization Pillar of the Ebola response in West Africa, UNICEF is at the helm of efforts to stop transmission by working with national governments and partners to educate the public in Liberia, Sierra Leone, and Guinea about how to protect themselves, their families, and their communities from the virus. #ISurvivedEbola is reinforcing our efforts by providing this information in multiple, highly entertaining forms, including through the testimonies of actual survivors.”

Distributed by APO (African Press Organization) on behalf of #TackleEbola.

Carolyn is available to respond to media queries about #ISurvivedEbola and to liaise with campaign staff on the ground in Guinea, Sierra Leone, and Liberia.

PCI Media Impact (http://www.mediaimpact.org) is an international leader in the Entertainment-Education (E-E) field, leveraging the combined power of the media and the inspiration of storytelling to change communities around the world. In its 29 years of work with partners, PCI Media Impact has produced more than 5,000 episodes of 100 E-E radio and television programs that increase knowledge, change attitudes, and facilitate behavior change on some of today's most pressing issues. Topics of these programs have included HIV/AIDS prevention, reproductive and sexual health, child and maternal survival, human rights, sustainable development, and now, Ebola prevention. These productions have reached more than 1 billion people in 45 countries to date.

UNICEF (http://www.unicef.org) promotes the rights and wellbeing of every child, in 190 countries and territories around the world, with a special focus on reaching those in greatest need. As the UN's dedicated agency for children, UNICEF's programs and humanitarian actions address the full range of issues affecting children: from survival and development to protection and participation. To advance its goals, UNICEF collaborates with partners to harness the power of communication and social networks to make a positive difference in the lives of children, their families, and their communities. Using Communication for Development (C4D) principles and practice, UNICEF promotes the use of a judicious mix of participatory communication strategies and approaches in order to increase the impact of development programs and enhance the ability of families and communities to achieve results for children and realize their rights. Click here for more information on C4D at UNICEF: http://www.unicef.org/cbsc/