Cholera: One dies, 21 hospitalised in Nasarawa 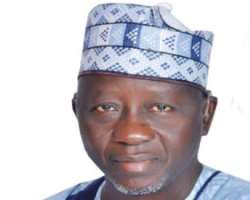 At least one person has been killed and 21 others hospitalised following a cholera outbreak that hit Umaisha community in Toto Local Government Area of Nasarawa State.

The incident occurred barely 10 years after the community experienced a similar problem.

Saturday PUNCH learnt that the incident was first recorded in the local government area in 1995 after which it resurfaced in 2005 and last Wednesday.

In an interview with Saturday PUNCH, one of the victims, who preferred anonymity, said, 'We need hospital and potable water in our community to prevent the reoccurrence of cholera that kills people here.

'Of the 21 people that were affected by the latest occurrence, 13 are from my house; I lost my son and I was also among the victims.'

However, the Nasarawa State Government, through the ministry of health, immediately deployed a medical team, led by Dr. Ibrahim Alhassan, to contain the spread of the disease.

After treating the patients, the team enlightened residents of the affected community on how they could prevent the disease from reoccurring.

Alhassan, who had a brief interaction withSaturday PUNCH, said, 'When we arrived at the community, we realised that 17 people were affected and we treated them and some of them have been discharged. The remaining five are still on admission and we are treating them, we have taken sample to be examined in the laboratory.'

Observation by our correspondent, however, indicated that the residents of the village have a stream as their only source of water.

Saturday PUNCH, which has been monitoring the outbreak, found that the number of hospitalised victims rose from 17 to 21 on Friday. Punch