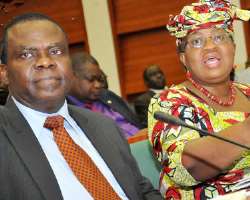 The Federal Government has denied a newspaper report which claimed that the 2014 budget year has been extended to the end of March 2015.

In a statement on Tuesday, the Director of Administration, Budget Office of the Federation, Mr. Francis Ojiah said that'We wish to state categorically that this is incorrect.'

'Contrary to the impression given by the story, an extension of the budget year is not the prerogative of the Budget Office of the Federation. Rather, it has its own processes and procedures which require Executive and Legislative action', the statement added.

'I wish to stress that an extension of the budget year has neither been contemplated nor discussed by the Executive Branch, and the public should ignore the story.'