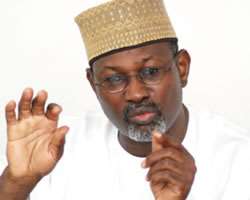 Chairman of the Independent National Electoral Commission, Prof. Attahiru Jega, on Monday in Abuja said the commission took no cognisance of any parallel congresses and primaries as it prepares for the conduct of the 2015 general elections.

The INEC boss said this in reaction to enquiries by The PUNCH on what the commission had been doing with the list of candidates who emerged from parallel congresses.

Chief Press Secretary to the INEC chairman, Mr. Kayode Idowu, told our correspondent that the commission did not recognise dual or multiple leaderships of political parties.

'If that leadership conducts a congress or primary, INEC does not have any official knowledge of that; in any case, the law requires that the leadership of the party, as constituted officially, should file nominations and that is why the commission says the national chairman and national secretary of the party, as known, must endorse the nominations.

'The only exemption is if the court gives an order that tells the commission not to accept the nominations by the leadership of the party; the commission is law-abiding and will be guided by the court order. There have been court orders like that and the commission has obliged by following the due processes accordingly.' Punch