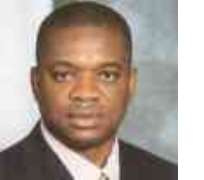 For failing to appear before the Imo House of Assembly to substantiate their allegations of misappropriation of Imo State funds on Governor Ikedi Ohakim, the Imo House of Assembly has issued a warrant of arrest on the duo of Chief Orji Uzor Kalu and Comrade Maximus Uba, former Governor of Abia State and President Imo Democratic Congress and newspaper columnist respectively. The House action is supported by section 129 (1d) of the of the 1999 Constitution which stipulates thus: “For the purposes of any investigation under section 128 of this Constitution, and subject to the provisions thereof, a House of Assembly or a committee appointed in accordance with section 103 of this Constitution shall have right to issue a warrant to compel

the attendance of any person who, having been summoned to attend, fails, refuses or neglects to do so and does not excuse such failure, refusal or neglect to the satisfaction of the House of Assembly or the Committee, and order him to pay all costs which may have been occasioned in compelling his attendance or by reason of such fine as may be prescribed for any such failure, refusal or neglect; and any fine so imposed shall be recoverable in future in the same manner as a fine imposed by a court of law.”

Both Maximus Uba and Orji Uzor Kalu have been recently summoned to appear before the Committee set up by the House investigating the alleged misappropriation of funds leveled against the Imo State Governor, Chief Ikedi Ohakim.The five-man Ad hoc Committee headed by Hon. Samuel Anyanwu severally invited the duo to appear before it to substantiate various allegations of misappropriation leveled against Governor Ohakim.

The Committee in its report has recommended that the matter should be discarded since the accusers after repeated invitations extended to them did not come to substantiate the allegation .Based on their absence the Committee was of the opinion that the issue be thrown out. Chief Orji Kalu had earlier through his counsels written to the Committee informing it that their client would appear when he returned to the country as they claimed that he was away on overseas trip.

But the Speaker of the House, Chief Good luck Nana Opiah, expressed dissatisfaction with the condition noting that the condition was open-ended as nobody knew when he would return to the country.Hon.Chukwuemeka Egbuchulam, the majority leader of the House described Orji Kalu and Maximus Uba as cowards for failure to show up after the invitations and opined that the matter be dismissed.

The House having considered the recommendations of the Committee rejected it on the basis that such dismissal is premature. According to members of the House, the committee did not explore their full constitutional rights to get the ex-governor and Maximus Uba to appear before the panel.

According to Hon.Simeon Iwunze, member representing Isiala Mbano State Constituency, the Constitution empowers the panel to first invite and then summon the individuals whose failure to honour such invitation will then necessitate a warrant of arrest. According to a source from the House, at the committee of the whole plenary session on the 19th of October, 2009 it was agreed that if the matter be thrown out as recommended by the panel both sides will not be given a fair hearing as expected the belief that the House would not take the matter serious.Furthermore, the House emphatically stated that it will explore all the options available to them, including summons and warrant to be issued to compel the duo of Maximus Uba and Orji Kalu to authenticate their claims against Governor Ikedi Ohakim.

Responding to the warrant, Maximus Uba described the warrant as a ruse. He commented thus: “It is very unfortunate that in this time and age when parliaments the world over are standing out to be counted in terms of virile contributions to the society, Imo House of Assembly set up and run with the tax payers' money has become an embarrassment, a caricature of some sorts, an eye sore before the Imo public .I won't spend precious time replying to the so called warrant which is nothing but an action of a few who are no longer satisfied with aiding an emperor to loot the farthing in Imo but who want to maim, kill to a fellow who has ruined, brought shame, hardship and divide rule in Imo,I'm waiting for the invitation of the Police, I will honour it.”

It be recalled that the Hon. Samuel Anyanwu led-committee was inaugurated to probe Governor Ohakim on several allegations of financial recklessness and fraud. The Governor is accused of stashing away the State funds to South Africa and United States . He is further accused of having investments in these areas.

In South Africa he is accused of building a 5-star hotel with other buildings which are said to have been acquired within the period he has served as governor. He is also accused of purchasing choice property in the US worth millions of naira.

Another accusation is that the Governor Ohakim has plunged the State into huge debt. Billions of naira is reportedly owed to banks. A recent report puts the debt to 70 billion excluding the recent 17.5billion bonds that have been fully subscribed at the stock market. The Governor is also accused of accessing loans from commercial banks to fund his Clean and Green Project which analysts describe as a failure.

According to investigations, it is alleged that most capital projects budgeted for execution in the last two years are yet to be embarked upon, while those claimed to have been executed are yet to function. A typical case is the Okigwe Regional Water Scheme which was said to have been commissioned by President Umaru Musa Yar'Adua in his first official visit to the State but still lies moribund .Also, the Governor was also accused of unilaterally announced a budget of another N2.5 billion from the N17.5 billion bonds for the revival of the water project. Besides, the Orient Television which was claimed to have been commissioned by President Yar'Adua is yet to function. The project is said to have gulped over N2 billion.