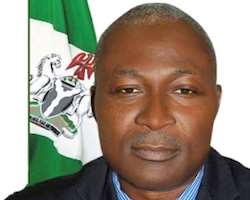 The National Council on Privatisation (NCP) on Thursday approved the sale of the liquidated Nigeria Telecommunication Plc. and its subsidiary, MTEL, to NATCOM Consortium for $252million.

The Chairman of NCP's Technical Committee, Mr Atedo Peterside, told State House correspondents in Abuja that the approval was one of the decisions taken at a meeting of the council presided over by Vice-President Namadi Sambo.

He said that NATCOM beat one other bidder to clinch the deal.

'What happened today was that the NCP approved the transaction which is like the final phase of the approval because only the NCP has the powers to pronounce a winner.

'So, the NCP today confirmed the process and so, the transaction from the point of view of approval and emergence of preferred bidder is now confirmed.

'We now have a preferred bidder that has been fully ratified by the NCP. So, that brings us to the end of the bidding process. So, that is the highlight of the decision on NITEL/Mtel,' he said

According to him, the ratification of the sale by the NCP marks the end of the entire bidding process and what is now left is to conclude the necessary documentation.

He noted that the NITEL/Mtel transaction was different from what happened with sale of power plants because Nitel was not ongoing concern, but a liquidated one and no longer in business.

'In view of this, the liquidator will through the court pay some verified claims of creditors of NITEL/Mtel, which, therefore, sidesteps the issue of third party creditors.

'But it does not preclude the government from settling any obligations it feels like,' he further explained.

The Director-General, Bureau of Public Enterprises (BPE), Mr Benjamin Dikki, who also addressed the correspondents on the outcome of the meeting, announced that Indorama Eleme Petrochemical Limited had passed the performance evaluation administered on it.

'It means that Indorama has fulfilled the sale purchase agreements it signed with BPE and is therefore freed from a five-year probation/monitoring period.

'The necessary documentation will now be done so that Vice-President Namadi Sambo can hand over the certificate of release to the company,' he said.