The Tragedy Of Electricity Use And Billing In Nigeria. My Panacea On A Personal Level 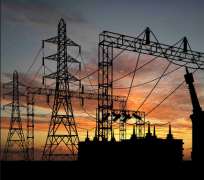 THE ROT.
Whereas electricity distribution companies (DISCOs) deliberately refuse to purchase meters from manufacturers who thus incur heavy losses from lost sales and heavy debts from unpaid loans. Whereas these DISCOs thus deprive consumers unfettered access to meters claiming that meters are "out of stock"!

Whereas such DISCOs prefer to defraud consumers by visiting them with estimated bills so high and out of tandem with actual consumption.

Whereas consumers prefer to be given bills borne out of accurate metering of electricity consumption.

Whereas these DISCOs thus abuse the priviledge of being the statutory intermediaries between the makers and the buyers of meters....thus literarily stealing monies from the citizenry.

Whereas the purchasing power of citizens is further eroded by unwise economic policies like Naira devaluation and hike in interest rates without a rise in incomes....

....I have made the following observations:
That the electricity consumers have evolved ingenious methods via which they may recoup losses and defray excess payments to DISCOs for services not enjoyed.

That the consumer has elected to surround himself with power-guzzling household appliances like micowave ovens, electric cookers, kettles, dryers and irons, washing machines, freezers, pumping machines....which he switches on all at once whenever there is "light from NEPA".

He also thinks by using the electric cooker, he stands to save money on bio-fuels like cooking gas and kerosene.

But then such sudden surge in power consumption accross board overwhelmes the local transformer which soon trips off or breaks down! So he "enjoys" zero service while still expected to pay up!

MY PANACEA.
My counsel is that since Community Development Associations (CDAs) exist in many locales, such groups should collectively make amends as follows:

1. "Power Lines" or High Tension lines bring electricity from production companies in the order of tens of thousands of volts. This voltage is dangerously high and needs to be "stepped down" by local transformers.

2. From elementary physics, power =QV/t which translates into V²/R....or I²R....(V=IR). So power production....say, from your personal generator....or community generator in volt-amperes (VA).....make this VI for ease of comprehension.....can be approximated to power consumption in watts (W).

3. To calculate your power consumption, simply look at the electrical specification of your appliance in watts, add up all such figures in watts as obtained from all appliances and ensure that the sum is not higher than the rated output of your generator in VA.....noting that KVA means kilovolt amperes=1,000VA.

4. This same principle that would not allow you overload your personal generator.....would not let you overload your local transformer....as your CDA counts the households in the locale and divides the rated output of your local transformer (in VA or KVA) by the number of households. The figure obtained is the highest permissible power consumption (in watts) for each household.

5. Inform the DISCOs of the inadequacy of their transformers in capacity and numbers. Through your CDA, request for "bigger" and more transformers.....an upgrade of capcity or size or strength and number.

7. On a general level, switch on only electric bulbs, radio and tv sets and fans while switching off the high-consumption appliances mentioned earlier....or use them one at a time!

8. Look more closely at the merits of renewable sources of energy like solar from a personal, group or community perspective.

Your power requirement or consumption is calculated from the aggregate or sum of rated wattage of all your electrical appliances in simultaneous use. Power consumption is expressed in Watts....or multiples of it.

Your power consumption must never be more than your power supply....otherwise there would be serious damage to your supply equipment.

KEYS TO SOME TERMS USED.
V is voltage in volts, itself also abbreviated as V.

I is current in amperes, A.

R is resistance in ohms, Ω.

Watt abbreviated as W, is the unit of power.