Queen Maheeda Explains Why She Prefers Sex To Love 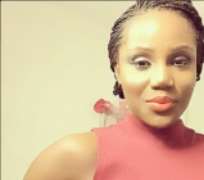 The name Caroline Sam, may not sound familiar but when you mention ^Vd% queen or Goddess of S3x, Maheeda sure, it will ring a bell. Even though she is married to a man she says gives her everything, including awesome time in bed, yet she flaunts her ^Ud% photos online without discretion.

The sexy singer who is never afraid of saying her mind, believes that, s3x is more important than love in a relationship, equating a man who has the ability to give her the kind of s3x she wants as capable of winning her heart instead of a man who has love to throw at her.

For Maheeda s3x is as important as love, if not more. She took to her Tweeter and Instagram pages to ask her fans the importance of s3x in a relationship. She also pointed that any man who does not 'give it to her' the hard way would not have anything with her.

'How important is s3x in a relationship? As important as love? For me if u can't f^#k well, keep your love pls what do u think?'

'Have you ever had s3x and you can't wait for it to be over? How did it go? What did she or he did wrong? Educate me so it won't happen with us.' She wrote.