Rivers 2015 Guber Polls: One Out Of Three Options Before Princewill 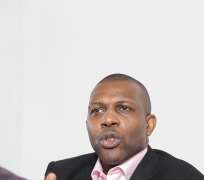 It is no longer news that the PDP gubernatorial primaries held in Rivers state were designed to tell myself and other aspirants that the Ogoni and Ijaw aspirations were not just misplaced, they were irrelevant. It was designed to show us that the agenda for Wike was bigger than that for the rest of us and that in their scheme of things we do not matter.

The former Honourable Minister may have won the battle without us, but let us see how he intends to win the war. The role of the party leadership in this ugly incident will never be forgotten and rightly so. From national to state level, Rivers people were let down again and again and again. Each and everyone of them who were behind it will pay for this. In this life or the next. My prayer is that God's judgement will never escape them. In Jesus mighty name. Amen.

As for my supporters and I, we will announce our next decision very very shortly. Having seen the writing on the wall far far back, we received calls from several political parties to pursue the option of running under the banner of one of the more viable ones with a high quality Kalabari/Ogoni ticket so as not to deny the people of the state, the real choice they deserve.

Wike and Dakuku, two Amaechi boys, are not a choice, they are a smart imposition and Rivers people should be given the real option to reject them. I have no reason to waste my valuable time appealing the primary, as the father of a gorilla is still a gorilla. PDP deserves Wike and I believe they should have him. If my judgement is right, Rivers people are more interested in the person, than the party. In 2015, they will show the world how fed up they are of the big political parties.

My question is do I give them a different choice? What do I do? Since my mission is not for my benefit, let me ask those who I want to serve. Your wish is my command.

To run or not to run? That is the question.
After a close examination, here are the options before us:

1. Join the Labour Party, APGA or the PDM.
2. Accept the imposition and stay quiet in the party.

or
3. Quit politics altogether.
I have consulted my political associates and option 1 is their overwhelming favourite. They have even gone as far as mentioning the party I should join. But I am not just a politician, I am a mentor and an inspiration to many, so my consultations will have to go far far wider. I need to hear from friends, family and others as well. Besides it comes with huge financial and personal sacrifice. Not just from me, but from my supporters. I am ready if required, but are you?

Once again let me remind all those who contributed financially to my politics, that if we go for option 3 and quit politics, all your contributions will be returned in full. I have not been given the opportunity of doing any real politicking yet, so I have not spent any money from the campaign account.

Once again I thank you for all the prayers and words of encouragement. Do not despair. This outcome was inevitable. I saw it coming. But I still prefer to be here than where either Wike or Dakuku are. It is better to be on the right side of the wrong than on the wrong side of right.

God knows best. He works in very mysterious ways.
www.tonyeprincewill.com
For the sake of our children