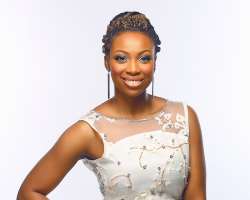 Olukanni, currently the co-host of internationally syndicated talk show, Moments with Mo; has seen her star in the entertainment industry rise this year; hosting the ELOY Awards recently.

Zainab Balogun, co-host and co-producer of widely popular lifestyle show, The Spot has enjoyed a memorable 2014, venturing into film and fashion.

Denola Adepetun and Zina Anumudu, style enthusiasts are fashion's generation next. Both fashion bloggers, they have defined the culture for fashion in the past year.

The black-tie event holds on Sunday, 7 December at the Intercontinental Hotels in Lagos, Nigeria. It is strictly by invitation.

For more information, visit @TFAAfrica on Twitter/Instagram or the website www.thefutureafrica.com/awards The official hashtags for the 2014 awards are #TheFutureAwards and #TheFutureAwards2014.

Our projects include Aiki.ng, an employability portal presented with Microsoft; the Nigeria Symposium for Young & Emerging Leaders, #StartupsAfrica, Intern4Jobs, The m-Hub, TheFuture Enterprise Support Scheme and The Future Africa Awards & Summit, described as 'The Nobel Prize for Young Africans'.