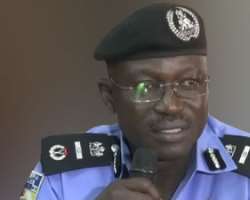 The Police should stay clear of partisan politics When one takes the recent unconscionable invasion of the premises of the All Progressives Congress (APC) office in Lagos by security operatives together with the earlier assault on members of the National Assembly by the police, what we are witnessing today are symptomatic of a growing culture of impunity that must be stopped. It becomes even worrisome when the Inspector General of Police displays contemptuous partisanship in the discharge of his constitutional responsibility. In case they have forgotten, the brief of the national security apparatus is the overt and covert protection of the nation and the national interest. This may be at variance with the interests and aspirations of certain individuals, groups or even the regime in power. But nothing should be done to suggest that these agencies are out to protect and defend partisan and personal interests as opposed to national interest. Unfortunately, what seems to be going on at the moment is that the executive arm of government is progressively using the nation’s security operatives and agencies essentially for regime protection. Otherwise, what reason can there be for the bold and blatant invasion of the premises of a duly registered political party under the pretext of a dubious petition? The case of the National Assembly was even worse, as duly elected representatives of the people were harangued and harassed out of the Assembly grounds in an abortive bid to use subterfuge to remove the House of Representatives Speaker under the cover provided by the police. So incensed was he by what transpired that Nobel Laureate, Professor Wole Soyinka, on Tuesday had harsh words for the Inspector General of Police, Mr. Suleiman Abba: '…if shame belongs anywhere, it belongs to the Inspector General of Police and his lavish adherence to illegal and unconstitutional instructions- to undermine a democratic structure, and one- to make matters worse-convoked in response to an emergency of dire concern. What sticks to this policeman (Abba) is worse than shame, it is infamy.' While we agree with Soyinka, the net effects of the recurring misuse of security apparatus include declining profile of these critical state agencies as impartial institutions of any repute and the perception of the government as concerned only with regime survival, rather than national security. That perhaps explains why today, our security agencies are losing the respect of many Nigerians by the conduct of their helmsmen. Indeed, at a time the nation is facing a serious security challenge, when thousands of our citizens are being killed with millions being displaced, it is serious work avoidance, if not sheer irresponsibility that what concerns our security agencies is to fight the battles of the ruling Peoples Democratic Party (PDP). 'We are being proactive on account of the security situation in the country, you know that the Boko Haram has been targeting Lagos and so, we cannot afford the petition lying low,' said the Department of the State Services (DSS) deputy director, Information, Marilyn Ogar who claimed that the service received a petition that the building was used as a secret place to clone the Independent National Electoral Commission (INEC) permanent voter cards.

How could the SSS that claimed to have watched a building for weeks not know that it belonged to the APC, especially when what they said they were looking for had to do with elections? In any case, the more pertinent question in the circumstance is: If intelligence reports led the Police to the National Assembly premises in Abuja and the DSS to the APC office in Lagos, how come Boko Haram insurgents have been operating freely in the North-east or does it mean that intelligence works for our security agencies only on political matters? We hope the leadership of both the Police and the DSS will restore the confidence of Nigerians in their operations by staying clear of partisan politics.