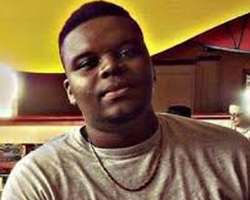 The decision by a grand jury in Ferguson, Missouri not to indict police officer Daren Wilson for the murder of Michael Brown, a young black man, has caused quite a stir. It has not only sparked off a vicious cycle of violence in Ferguson itself coupled with protests all over America but it has also sparked off a heated debate about race relations and racial violence. Some of the assertions that have been made are interesting. Permit me to share a couple of examples with you.

On 23 November during a heated debate on NBC with Professor Michael Dyson, Rudy Giuliani, the former Mayor of New York City said ''white police officers would not be there (black communities) if you were not killing one another''.

Again on 25th November, during a discussion on CNN, he went further by saying ''93 per cent of blacks are shot by other blacks in America. Blacks kill blacks 7 times more than whites kill whites. 75 per cent of murders in New York City are committed by blacks''.

Few would dispute the fact that these assertions are not only truthful but also pertinent and relevant. I have no doubt that Giuliani is right when he expresses the view that the black community in America has far more to do when it comes to curbing crime in their own communities.

The question is whether the fact that Giuliani expresses these uncomfortable truths and bitter facts makes him a racist? I don't think so but whatever our thoughts about the former Mayor may be one thing remains clear: the growing rage over what is perceived as the most insidious and profound manifestation of callousness, insensitivity, cruelty and racism by the American police is building up throughout America and indeed throughout the world.

My sister Miss Toyin Fani-Kayode made a pertinent and instructive point about the Ferguson affair when she made the following observation on her Facebook page on 25th November. She wrote:

"9 of the 12 jurors, in a prominently black area, in a state where you need 9 votes for something to happen, were white. Let that sink in. The statistics show that 0.01% of all grand juries fail to indict a cop. Firing six shots into an unarmed black teenager is apparently that 0.01%".

The fact that this sort of thing is still happening even when America has a black President, a black Attorney-General and a black Director of Homeland Security proves that something has gone drastically wrong. There is undoubtedly a Jekyll and Hyde aspect in the psyche and character of American culture and society that few can comprehend.

On the one hand America is ''God's own country'' and ''the home of the brave and the free'' whilst on the other she is a cesspool of institutional racism, racial injustice, double standards, doublespeak, gun-violence, godless secularist and humanist philosophies and sheer hypocrisy.

Like millions of others throughout the world I feel a deep sense of disgust and outrage about what happened to Michael Brown. This is especially so because we expect so much more and so much better from America. Yet the question is whether we ought to be surprised. American history is replete with the most horrendous examples of man's inhumanity to man and the most graphic manifestations of racial injustice.

If anyone doubts that they should consider the historical origins of ''Black Friday'', which is a day that is celebrated in the United States after ''Thanksgiving Day'' and find out what it represents and stands for. The historical experiences of people of color from all over the world (whether they be red, brown, yellow or black) in the white hands of the self-acclaimed ''masters of the earth'' and the western colonial powers of both the old and new world has been very unpleasant.

Permit me to share just one example in order to illustrate the point. 140 years ago live black babies in the southern ''confederate'' states of America were fed to alligators for sport and for bait. The screaming of the babies after they were placed and tied up in a chicken basket at the end of a long pole just above the water attracted the alligators who would swim towards them in a rabid frenzy, jump out of the water, pluck them whole from the air and eat them raw. This is where the derogatory and insulting term ''gator bait'', which is often used to describe black people in America, comes from. Today, 140 years later, young black men are shot to death by American police officers at will and for fun without any fear of sanctions. Clearly not much has changed.

They secretly yearn for the days of the Ku Klux Klan, large southern mansions and plantations, cotton-picking negroes and summary lynchings. So much for God's own country.

Let the history of the ''masters of the earth'' be told and, though we must forgive, like the Jews, we must NEVER forget. They wiped out the red man, they drugged the yellow man, they enslaved the black man, they robbed and humiliated the brown man, they conquered the world and today, in the United States of America, they kill our sons and brothers with impunity. Worse still when we complain they treat us with contempt and disdain.

Yet let them hear this loud and clear: as long as there is no justice in the world there will be no peace. As long as the heartless killing and indefensible slaughter of young black men by the American police continuous that nation will pay a heavy price for her insidious and deep-seated racism and her inherently racist institutions.

The latest example of this obscene and obsessive barbarity and it's latest victim is a young 12 year old black boy by the name of Tamir Rice who was shot to death in Cleveland by two white policemen on 26th November simply for carrying a fake gun. Unluckily for the officers involved the whole thing was secretly filmed. Let us hope that the grand jury indicts them for murder and let us pray that in this case, unlike that of Ferguson, that justice is done.

Permit me to end this contribution with an interesting perspective to the whole episode from Mr. Joe Thorn, a respected and distinguished Englishman that has lived in the southern state of Louisiana in the United States of America for many years. Joe is a white man and an old school friend of mine. I have known him for almost 30 years and I have immense respect for him.

On 25th November, in a write-up titled ''From Louisiana 140 Years Later'', he made his own contribution to the heated debate by writing the following in response to my observations about Ferguson on my Facebook page:

''Anyone using innocent babes to catch alligators would receive the death penalty. Everyone knows the best gator bait is a whole chicken. Store bought, free range, fresh or frozen, does not seem to matter. But it does matter that you have a license and a tag for that gator, or you will be in big trouble with the law. Today black men commit crimes and murder on other black men at record rates. Sometimes for sport and with complete disregard for the law or their fellow man. American urban black youth is an extremely dangerous demographic to be born into. Young black men treat each other as objects for target practice and bloodsports for other young black youth. Adopting a "gangsta" culture reminiscent of the early 20's where life was cheap and a take what you can by force mentality prevailed. They have abandoned God and family, instead serving gold and gang: preying for the most part on their own community and peers. Occasionally this spills over into the general population. Just recently a man, suspected of a felony strong-armed robbery minutes before, commits a felony assault on a police officer and is shot. The stepfather was later filmed calling for his fellow community members to "burn their town to the ground" which they did, thereby ensuring the black on black slaughter and destruction may continue. America has indeed come a long way in 140 years. Through hard work and God's blessing you may indeed prosper here regardless of color or ethnicity. Some Fifty years ago Evers, King et al: rallied around "we shall overcome" but sadly many in the black urban youth have yet to take the first step. Overcoming your fellow man by killing them was not what they had in mind''.

Joe has painted a dismal yet truthful picture of the black American condition and it confirms the veracity of Cassius's famous assertion in Shakespeare's celebrated play ''Julius Caesar'' when he said ''the fault is not in our stars Brutus but in ourselves''. I am still reeling from his words.

He concluded his piece by making a distinction between the attitude of the African immigrant that has come to settle in America and that resides there as opposed to that of the black American. He wrote,

''All of the immigrant Africans that I have personally known embrace God, family, hard work and freedom. With those credentials in hand they have risen, been successful in providing for their families and become proud contributors to American society. Do not confuse them with a minority with no moral compass and that are intent on the destruction of their fellow man. We embrace the former and bemoan the latter, who despite the efforts of society seem unable to grow but rather spread pestilence''.

These are powerful words from my old friend. I guess that we all have much to learn from them. May the soul of Michael Brown and Tamir Rice rest in perfect peace.