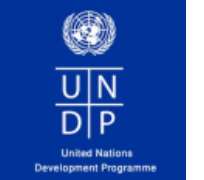 FREETOWN, Sierra Leone, November 28, 2014/African Press Organization (APO)/ -- “Without community ownership, it will be difficult to fight Ebola, even impossible to make any meaningful headway” Director of Disaster Management Department.

Disaster Management Department (Office of National Security) with support from UNDP is expanding its door to door campaign to the new Ebola epicenters in the country targeting 100,000 households in the next two weeks in Waterloo, Port Loko and Moyamba with specific lifesaving information. The campaign is expected to reach one million people in total.

The door to door campaign is taking place following the recruitment and training of 300 community disaster management volunteers which ends in Moyamba town today. The volunteers, drawn from the localities in the new Ebola epicenters will give out information ranging from the importance of early treatment, keeping families safe from infection while waiting for help and welcoming survivors back into the community as a way of reducing stigma associated with Ebola. The UNDP-supported campaign is part of national efforts to engender behaviour change in order to stem the spread of the Ebola Virus Disease in Sierra Leone.

In addition to the continued rise of cases of Ebola in Sierra Leone, the epicenter is shifting from the east of the country (Kailahun and Kenema) the original epicenters, to the Northern Province which includes the iron ore mining districts of Port Loko and the Western Area, which includes Waterloo and Freetown.

The Western Area continues to have the highest rate of infection, with 280 cumulative cases in the past week. Port Loko is also a major area of concern, with 120 cases in the past 7 days according to WHO figures.

Town chief, turned community volunteer, Chief Alimamy Bethembeng II from Waterloo, himself a volunteer in the door to door campaign in the Waterloo community, said that with the right information, using face to face methods, and using people who are part of the community, things will hopefully change. “We have to defend our communities from Ebola.” He said as he moves from house to house in Faya-mambo neighbourhood in Waterloo, one of the worst hit areas in the Western Area.

During one of the training sessions in Port Loko, Director of the Disaster Management Department, Mary Mye-Kamara said that the face to face campaign has been extremely successful around the slums of Freetown and is the preferred method for effective awareness raising on Ebola.

Ms Mye-Kamara said “People in some of these communities are still suspicious of outsiders coming into their neighbourhoods and villages telling them about Ebola. Some of them think that these outsiders are the ones spreading the virus. This is why we are engaging the local people, train them so that they will do the awareness raising themselves. That is the only way forward now.”

She added “Without community ownership this is difficult, even impossible to make any meaningful headway. The imams need to understand and accept that they cannot be doing the same burial rites like before…otherwise the virus will spread.”

Mye-Kamara noted further that denial is still very high, as is distrust and reticence in the community and says that everyone should now get involved “People said to us why should they be bothered to take their sick relatives to the hospitals and treatment centres when the ones who had been taken before did not return… they are going to die anyway. But now we are saying to our compatriots that, with early treatment, there is a huge chance of survival. We are showing them evidence of people who have recovered from the virus. They are seeing it and we continue to hope things will change. Ebola will go” She said.

Denial, suspicion about the spread of the disease, low level of knowledge and information are still very much prevalent especially among the poor in urban and rural areas. The face to face campaign hopes to target the hard to reach villages and communities with the right information in Port Loko, Moyamba and Waterloo in particularly where the virus is spreading.

UNDP Programme Manager Saskia Marijnissen says "Stopping the Ebola outbreak will not only depend on improved knowledge, but also on a change in attitude and practices. Our approach actively engages community members in a dialogue to motivate behaviour change.”

UNDP is at the forefront of the fight against Ebola, mobilizing communities against the disease, helping people recover from the crisis and assisting governments to continue to provide basic services, and to develop Ebola impact assessments and recovery plans.