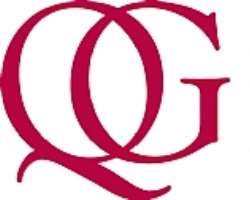 Célestin Monga, a Cameroonian national, an internationally recognized economist and currently Director of the Oxford University Press Handbook of Africa and Economics, has accepted the post of Managing Director at the United Nations Industrial Development Organization (UNIDO) (http://www.unido.org), the UN body mandated to promote and accelerate inclusive and sustainable industrial development in developing countries and economies in transition.

Appointed last year as a pro bono member to the Advisory Board of Quantum Global group, whose work targets African private equity, investment and infrastructure interests, Mr Monga has served with great distinction.

“Célestin is a distinguished international figure who has brought tremendous vision and wisdom to our work and I know that he will continue to make a remarkable contribution to global development in everything he does. We warmly congratulate him on his appointment to this crucial UN post and we are delighted that he has agreed to retain his place on the Quantum Global group Advisory Board where we benefit greatly from his intellect, experience and insights. All my colleagues here at Quantum Global group are immensely proud to be associated with Célestin.”

“I am humbled that UNIDO's Director-General Li Yong offered me this new opportunity. For more than two centuries, industrialization has been the main engine of growth and prosperity in the world and has helped lift out of poverty hundreds of millions of people.

However, the realization that current modes of industrialization are neither inclusive nor properly sustainable has led the Member States of UNIDO to adopt the December 2013 Lima Declaration in which they agreed to promote Inclusive and Sustainable Industrial Development. I thank Jean-Claude for the strong support he provided to the Oxford Handbook of Africa and Economics and the Young African Scholars Program, which have given visibility and exposure to the work of many bright African researchers.

I am grateful to my Advisory Board colleagues at Quantum Global group for their support and I look forward to continuing working with them to foster synergies between the private sector and development institutions, and advance the global agenda of employment generation and social peace.”

Distributed by APO (African Press Organization) on behalf of The Quantum Global Group.

A Cameroonian national, Mr. Monga is currently the Director of the Oxford University Press Handbook of Africa and Economics and has held various Board and senior executive positions in academia, financial services and international development.

Among a host of professional achievements gained during a stellar career, he served on the Board of Directors of the internationally acclaimed Sloan School of Management - specifically its Fellows Program at the Massachusetts Institute of Technology (MIT) - meanwhile he has also held teaching posts at both Boston University and the University of Bordeaux.

An author, scholar and academic, he was the Economics editor for the 5-volume New Encyclopedia of Africa (Charles Scribner's, 2007) and his published works have been translated into multiple languages. Elsewhere he has co-authored academic articles and policy reports with many of the world's economists including Joseph Stiglitz, Robert Solow (both Nobel Prize winners), Justin Yifu Lin, Robert Barro, Olivier Blanchard, and John Kenneth Galbraith.

A graduate of MIT, Harvard, and the universities of Paris 1 Panthéon-Sorbonne, Bordeaux and Pau, Mr Monga began his career as a senior executive with Banque Nationale de Paris group.