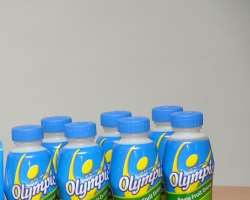 Apple and your Health

“An apple a day keeps the doctor away”, is one of the most recognisable expressions around. The first printed mention of this saying can be found in the February 1866 issue of the publication "Notes and Queries." The publication printed the proverb like this: "Eat an apple on going to bed, and you'll keep the doctor from earning his bread." Nearly 150 years later, variations of this adage are still quoted.

But besides the fact that this expression rhymes, which makes it fun to say and easy to recall, does it really have any value? Could the common apple honestly help a person to maintain perfect health? It's unlikely that the saying would have maintained such popularity if there wasn't some truth to it, right?

Indeed, the popularity of the phrase has not been lost on modern science. Researchers and doctors have conducted numerous studies on the health benefits of apples — exploring whether they actually reduce trips to the doctor and discovered that apples have a good claim to promote health. They contain Vitamin C, which aids the immune system, and phenols, which reduce cholesterol. They also reduce tooth decay by cleaning one's teeth and killing off bacteria. Studies by Cornell University researchers suggest that the quercetin found in apples protects brain cells against neuro-degenerative disorders like Alzheimer's disease.

Apples are filled with soluble fibre (5 grams), which has been shown to reduce intestinal disorders, including diverticulitis, haemorrhoids and possibly some types of cancer; it controls insulin levels by releasing sugar slowly into the bloodstream; cleanses and detoxifies, which helps eliminate heavy metals, such as lead and mercury.

Researchers have also found that eating five apples a week lowered the risk for respiratory diseases like asthma.

According to Chinese medicine, apples strengthen the heart, quench thirst, lubricate the lungs, decrease mucous and increase body fluids. Similarly, a Brazilian study discovered that eating an apple before a meal helped women lose 33 per cent more weight than those who didn't.

Other benefits of eating apple include that:
Apple cider vinegar can help prevent the formation of kidney stones.

Eating apples daily can reduce skin diseases.
An apple has only 50-80 calories and has no fat or sodium.

Apples are packed with vitamins C, A, and flavonoids and with smaller amounts of phosphorus, iron and calcium.

Apples provide a source of potassium which may promote heart health

There is no gainsaying that apples are healthy both for the young and old. Little wonder why leading FMCG company, Nutricima Limited, produced apple in a ready to drink (RTD) form to provide its teeming consumers refreshment on the go.

The Olympic apple fruit drink was launched recently at the Civic Centre, Lagos with an official campaign tagged, “Winning with Olympic: The Healthy Choice”.

With a vitality figure that depicts the extent of abundant physical and mental energy that drink offers, Nutricima is committed to giving consumers healthy options as Nigerians are increasingly becoming more health conscious every day, hence the payoff: “Refreshment for healthy renewal”.

The 500ml bottle is handy and has a composite of water, sugar, apple juice concentrate, citric acid, apple flavour and other essential vital nutrients required to keep the body healthy.

Olympic Apple Fruit Drink is available in stores and retail outlets across the country at the cost of N100 per bottle.