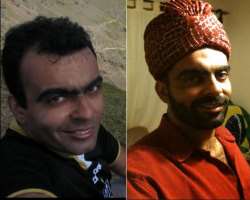 A Brazil Non-Governmental Organization, headed by a certain Leonardo Rochas Dos-Santos, has been discovered to be running a huge scam in the name of helping child witches in Akwa Ibom State, the South-South region of Nigeria. A former Local Government Council Member of Esit Eket, Honourable Ette Udoh, told our reporter during an interview in Uquo, the Headquarters of Esit Eket Local Government Area (LGA).

The Esit Eket erstwhile council member revealed that Leo Dos-Santos, who has a tourist visa and falsely claimed to be a pastor, was laid off as a Help Desk/Support Technician for a company in London; and travels to Nigeria every quarter of the year to shoot videos and documentaries of children of Akwa Ibom origin purported to be witch stigmatized, premieres and sells them in different countries in the Europe and makes millions of pounds. A visit to his website, www.waytothenations.org reveals several videos and documentaries of children speaking different Akwa Ibom languages.

He said the quest for greener pasture, or otherwise of the dearth of profitable jobs in their home country has inundated Nigeria, particularly Akwa Ibom State with bogus missionary and social workers who capitalized on the common social problem in the state, such as abandoned or witch children to hump up millions of pounds every year without solving the said problem.

Also speaking, a community leader and titled Chief in Ikpa Town, Esit Eket L.G.A Obong Bassey Akpentun disclosed that, in 2012, Mr. Leo Dos Santos approached the Proprietor of James 1:27 Orphanage Home, Bishop Evans Udo Ekaisong in Ikpa, Esit Eket, for partnership. After the partnership deal was struck, Mr. Dos Santos, who claimed he was only there to support the children, suddenly went and published on his website that he had acquired the children home and was now the owner of the orphanage. When the Bishop got wind of this and questioned Dos Santos on the rationale behind such development, he lied through his teeth that he was doing so in order to garner more international support for the Bishop and the orphanage.

Chief Akpentun explained that unknown to the Bishop, the self-acclaimed Brazilian pastor had written to all the international donors and supporters of James1:27 Orphanage to channel all the resources and support to him and provided forged documents to back up his claims. Chief Akpentun called on the government to investigate what he described as "fraudulent and sharp practice" by some foreign based NGO and charity workers, whose major intent is to exploit the child witch issue in Nigeria to feather their nests, including the Brazilian child witch scammer, Leo Santos.

When support for the Orphanage began to dwindle drastically, Mr. Dos Santos broached the Bishop, this time round, to sell the orphanage to him; but Bishop Udo-Ekaisong rejected his offer. Mr. Dos Santos therefore went on a maligning rampage, blackmailing the Bishop and his orphanage to these foreign supporters to ensure that the Bishop and the orphanage do not get support any longer. Some of the documents obtained to that effect cannot be published due to the profane, derogatory and obscene language contained therein, but can be made available strictly on demand.

Nonetheless, Mr. Dos Santos trickily does this by sending secret and private messages to these supporters and donors; knowing that since he is white-skinned or from the western nation, they will believe and honour his coded information. Investigation, however, confirmed that, one of such donor of the James 1:27 Orphanage contacted by Leo Dos Santos was an American missionary and philanthropist, Rev (Mrs.) Judy Grim.

The hashtags here are that, the children of James 1:27 Orphanage are now deprived of #support and #food. These are the same children Leo Santos claimed he came all the way from Brazil to support and groom.


When we visited the James 1:27 Orphanage in Ikpa Town, Esit Eket, normal business was, no doubt, going on as children were receiving learning from their various classes from the volunteers; but the Bishop was said to have traveled out of the State. A senior community member and volunteer of the orphanage, Ms. Maria Okpo, said she was not competent enough to speak on behalf the orphanage with regards to the face-off and or otherwise of the duplicity by Mr. Dos-Santos. She however, caveated that the Bishop might not be open to speaking to the media on the matter as it was still sub-judice.

In the interim, our reporters discovered that the Brazilian, Mr. Leonardo Dos Santos, having successfully duped Bishop Evans Udo-Ekaisong and the witch stigmatized children in this orphanage, went ahead and rented a small apartment in Ikot Ibiok, Eket, Akwa Ibom State where he gathered children from various questionable sources and kept as a similar orphanage and uses them to advertise and makes millions of pounds to line his pocket.

Checks with the Brazilian Taxpayers Registry of the Ministry of Federal Finance (“CNPJ/MF”) show that Way to the Nations has never filed any tax returns as required by law; neither has it made public its annual financial report as a charity organization which it claims. Effort to speak to Mr. Dos Santos did not yield any results as he was said to have returned back to Brazil, where he will then travel to London to premiere his new child witch documentary, neither was his UK phone responded to our calls and SMS.

When we revisited the purported Way To The Nations Children Centreruns by Leonardo Rochas Dos Santos two weeks later to speak to the Nigerian coordinator, Mrs. Diana-Abasi Udua-Akanimo, we met fierce-looking local security man who hinted that Mrs. Udua-Akanimo was under labour and was admitted in an Intensive Care Units (ICU) in an undisclosed hospital in Eket. We, however, saw some white men who spoke Portuguese language and barely understand English as they merely gestured their hands on us as compliments.