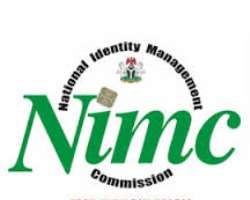 The National Identity Management Commission (NIMC) has recorded yet another significant global milestone as its facilities got certified under the Global Vendors Certification Programme (GVCP) by MasterCard.

The facility that has been certified recently is the Card Personalization Bureau which is where the National e-ID Cards are personalized and made ready for distribution and subsequent activation. This is one of the few such Government-owned facilities certified under the GVCP Scheme of the MasterCard on the African continent.

Deputy Director, Corporate Communications NIMC, Mr. Abdulhamid Umar who confirmed the development said the certification followed conscious effort by the Management of the NIMC that led to the refitting, retooling and upgrading of the Card Printing facility that was built by Government under the previous scheme in compliance with some of the requirements and standards for security and operational procedure in the Plastic Card Industry as set by the EMV, PCI DSS globally for such High Security Areas (HSAs).

He noted that the ISO 27001: 2005 certification was also part of efforts at ensuring the GVCP, PCI DSS certification and noted that the coast was now clear for the NIMC to deploy its full capacity for card personalization and also for extending it to the third party vendors it has contracted for that purpose once they are ready. Mr. Umar further noted that as usual with industry practice, the facility would be recertified every year.

He said that the measures taken included providing the required security monitoring appliances for the 'High Security Areas (HSAs) as well as ensuring the entire area is made safe and secured from threats of physical and logical security, including ensuring that the right persons with 'clean service records' are working in the Bureau with clearly defined access to the premises and to the entire NIMS system, particularly the card perso plant process.

The entire exercise was subjected to an independent audit that raised necessary remedial steps to be taken following which, after subsequent audit exercise, the certification was granted. So the NIMC Card Bureau can personalize EMV Cards and there is no limit for its ability to do so except for the installed capacity of about 20,000 Cards a day.

Mr. Tunji Durodola, who heads the Card Management Services added that there is plan for expansion because the turn around time of 30 working days after enrolment of a citizen for the Card to be issued cannot even be met by this capacity and there is already a backlog which will take a few months to clear.'

He said. 'We will now focus on ensuring that third party bureaus can either make significant progress as required to support the card issuance process or NIMC will scale up, this 'train' is now moving!'

He added that Management is appreciative of efforts of the various Vendors and staff members especially those of the Technical Services department, IT/IDD department and Project Management Office for achieving this feet.

An Industry source who preferred to remain anonymous confirmed that this development means that the NIMC Management had it all thought out.  “It takes a meticulous process and very deep attention to details to achieve this certification. First it was the ISO 27001 and now the more difficult GVCP, kudos to the Management.” he said.

“Let's hope they can now hand over the project to private sector, at least Government has shown its 100 per cent commitment and the project is working,” he added.