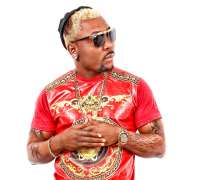 3Sixty Lounge, the hottest hang out at Akute has penciled Oritsefemi, Daddy Showkey and Buru to headline 2014 annivesary.

According to the Chief Executive Officer of the Club, Bemigho Eyeoyibo, stressed that the first anniversary which come up Saturday December 6thwill be exciting with lots of stars billed to perform at the memorable event.

“We have organized lots of music stars to perform at 3Sixty Degree Lounge anniversary. Oritsefemi, Daddy Showkey and Buru have been confirmed.

There will be so much fun for all. We decided to celebrate this in a grand style to say thank to all our friends and well-wishers who have stood by us through this past one year. We also want to use this opportunity to thank them being our pillar. There is nothing we can do without God and His favour. As you know, we are not the only ones in this industry here. The competition is there, but God has decided to favour us” Bemigho said.

More so, before the main event, Pre-Party comes up on 5thFriday December. And it will feature fashion show where models will dazzle on the run way. There will be clubbing after the fashion show at the same venue.

It would be recalled that the opening of 3sixty Lounge in Akute, Ogun State has totally changed the face of hospitality business in the area and also contributed in no small measures in the transformation of the area.

Other acts expected to perform on that day are: Boy Breed, Dollar Sign, Ama El Weda, and Komoblastic. Comedians are D'Lecture, Shaggy and Alincology.