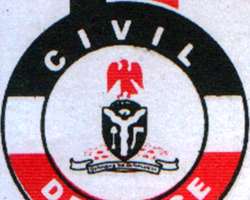 
According to NSCDC, the accused person confessed that he specialized in breaking into people's houses in the area at midnight to forcibly rape housewives.

Commandant of the Corps, Dr. Muhammad Gidado, who disclosed this while parading the man before the press in his office yesterday, said he had received several complaints about late night rape cases.

He told newsmen that the suspect had admitted to jumping through perimeter fencing to break into homes, not to steal, but to rape women.

The commandant said since the accused person confessed to the crime, it made their job easier, adding that the suspect would be arraigned in court on completion of investigation into the matter. Vanguard