JOINT COMMUNIQUE MARKING THE FIRST ANNIVERSARY OF THE JOINT HIGH LEVEL VISIT TO THE SAHEL AND THE LAUNCH OF THE MINISTERIAL COORDINATION PLATFORM OF THE SAHEL STRATEGIES. 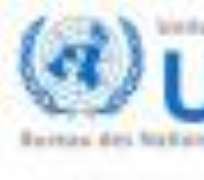 The meeting, which was held on the eve of the third meeting of the Ministerial Coordination Platform of the Sahel Strategies, was an opportunity for representatives of these institutions, which are among the key partners in the Sahel region, to have an update on the political, security and humanitarian situation in the Sahel region, and to reaffirm their commitment to the region.

The Participants at the meeting were pleased that the Sahel is at the center of the international community's attention, as evidenced by the proliferation of strategies and initiatives for the region. They called for a rapid implementation of these strategies and initiatives as well as for an implementation of the commitments by financial and material support taken vis-à- vis the Sahel countries.

They stressed the need to ensure a regional anchoring of the different strategies and initiatives for the Sahel. In this regard, they welcomed the establishment of the G5 Sahel by Burkina Faso, Mali, Mauritania, Niger and Chad, as a manifestation of the will of Sahel countries to play a greater role in setting priorities of their region and ensure a regional and national ownership of the interventions in the Sahel. In this spirit of regional and national ownership, the Special Envoys and Representatives reiterated the responsibility of the states of the region to undertake necessary structural reforms to create the conditions for the implementation of the various strategies and initiatives for the Sahel.

The issue of Northern Mali was also discussed by the participants who expressed their support for the inter-Malian negotiations of Algiers. They stressed that negotiation and dialogue are essential to resolve, in a sustainable way, the problems of northern Mali.

The situation in Burkina Faso was also discussed by the Envoys and Special Representatives. They welcomed the sense of responsibility and the efforts of the people of Burkina Faso to preserve the unity, peace and security. They encouraged all parties to keep their commitments for a civil and democratic transition, which should lead to free, fair and credible elections that will build the foundations of a democratic, stable and prosperous society. In this regard, they welcomed the adoption of the Transitional Charter and the designation of an interim president of the transition.

They also expressed their concerns about the spread of the Ebola virus disease in West Africa, including the Sahel. They urged bilateral and multilateral partners in West Africa to continue to support efforts to fight against the epidemic.

Finally, they renewed their commitment to support the efforts and initiatives of the countries of the region, to improve living conditions and ensure a better future for the people of the Sahel. To this end, the Special Envoys and Representatives have agreed to meet regularly as part of a Contact Group of international partners for the Sahel.