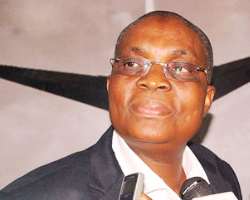 Medview Airlines said that the Federal Government has designated the airline to operate flights to Singapore, Israel, Dubai and Jeddah.

The airline also disclosed that it has commenced talks with The Nigerian Stock Exchange (NSE) with the aim of being listed at the bourse.

The Managing Director of the airline, Alhaji Muneer Bankole disclosed this to journalists during a media briefing to mark the second year anniversary of Medview Airlines at the organisation's corporate headquarters in Lagos.

He explained that it was designated on the routes having met the requirements and shown the capacity to operate the domestic routes and both regional and international routes.

The Managing Director added that  the company has met all the requirements the to operate flights to Singapore, Israel, Dubai and Jeddah on the international routes while it was approved to fly into Accra, Dakar, Libreville and Abidjan on the regional routes.

The Medview boss stated that already, it has completed the process of securing approval to operate Dubai and Jeddah routes, adding that certificates to commence flight operations to these destinations have been approved and issued to the airline by the Civil Aviation Authorities (CAAs), United Arab Emirates and Saudi Arabia.

He further said that other relevant authorities of both United Arab Emirate (UAE) and Saudi Arabia have also given approval to the airline to operate into the two countries.

On the challenges he encountered in the course of getting the CAA Foreign Operators Certificate(FOC),one of the certificates which intending foreign airline operator must possess  before operating into the country, Bankole said that there were so many challenges, adding that one of them was the payment of 500,000  Riyad as bank guarantee.

The Chief Executive Officer stated that while the process in Saudi Arabia was more challenging, the authorities in Dubai were friendly.

The B767-300 aircraft, he said has already been delivered and that it was used to operate the last operation, adding that it has since been taken to the hangar and that it is currently undergoing restructuring of the cabin.