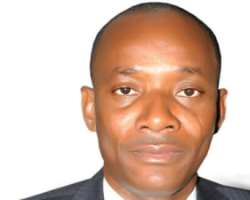 The Nigerian Electricity Regulatory Commission (NERC) has said that electricity distribution companies in the country are enriching themselves corruptly through the issuance of estimated bills to consumers.

This is following complaints by consumers who decried the over 100 per cent rise in their bills for the month of October, a development which was not commensurate with the actual supply of electricity.

Reacting to consumers' concerns during a radio call-in programme monitored by our correspondent in Abuja on Wednesday morning, the Chairman/Chief Executive Officer, NERC, Dr. Sam Amadi, said the distribution companies were being mischievous by not metering customers but extorting them.

Asked to explain why the October bill increased by over 100 per cent, Amadi said, 'We talk about estimated billing, which has now become a synonym for corruption among the Discos, the truth of the matter is that some distribution companies are still indiscriminately inflating the bills of consumers and that is part of what we are tackling.

'Because they've not metered these consumers, they use the opportunity to extort their customers. The bill for last month increased and there has not been significant improvement between the power supply of last month and that of this month. Also, NERC has not increased tariffs; so, clearly, something is happening.

'What is happening is that the Discos are now moving higher to make more revenue by overcharging unmetered consumers and that is one area we are going to be tackling them. It is not going to be easy because we don't have an empirical formula of knowing who has been exploited, but we will find a way. That is why we say consumers should complain to us through our forum offices for we are ready to get to the heart of this.'

Reacting to the claims that there were enough meters in the country and that the Discos had refused to buy them because of their desire to extort consumers through estimated billing, Amadi said it was not NERC's responsibility to prescribe meters to operators.

He said, 'NERC is supposed to provide certification to importers, manufacturers and installers of meters across the country. We've put out a very transparent process by asking those who have meters to get them certified. So, there's a procedure for certification and we have Nigerian companies that have also been certified as well as those who are importers.

'And we've published in the newspapers a full list of all the companies, including those that manufacture, import and install. And we also gave to every Disco the full list of companies that have been certified.

'It is right to say that there are meters in Nigeria and it is the responsibility of the Discos to ensure that the meters are certified by NERC; and if they are functional, the Discos should use them and meter customers. We are the regulator, we don't prescribe to the operators.'

On whether there were reasons why a distribution company would choose not to use meters produced in the country, Amadi said there were complaints that they were easily being bypassed by consumers.

He said, 'There are about three or four meter manufacturers in Nigeria. But let me say that under our local content regulation that is about to start, we indicated that we should use Nigerian meters as long as they are compliant with the rules.

'Now, see what is happening! Some companies like Eko Disco have come to us to say that consumers are bypassing some of the meters because of their degree of smartness. This is because meters have different levels of smartness and truly, some consumers bypass meters and disrupt their functionality. So, they said they would like to get smart meters.' - Punch.