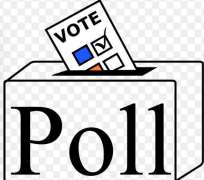 South-South Native Assembly-USA is gravely outraged by the protracted negligence, inaction, and ongoing mixed signals emanating from the Federal Government of Nigeria with respect to Nigerian diaspora voting rights despite intermittent efforts and attempts at securing the administration's commitment. We therefore appeal to President Goodluck Jonathan to take immediate necessary steps and executive actions that would culminate in the establishment of Overseas Electoral Princincts or Designated Electoral Centers designed to secure Nigerian diaspora participation in the 2015 presidential election and subsequent elections.

This intervention has become imperative in light of the perennial and continued disenfranchisement of the South-South Peoples and other Nigerians in Diaspora. Evidently, the ongoing policy of alienation and geographical discrimination does not serve any national interests or legitimate and useful purposes, thus we've remained persistent in urging the administration and the entire Federal Government of Nigeria to get it dismantled.

Precisely, as an organization that upholds the belief that all Nigerians, including Nigerian Diaspora, retained vested interest in the democratic and socioeconomic advancement of the Nigerian nation-state, we believe the time has come for Nigerian leadership to act on the side of equity and justice and take immediate steps aimed at addressing this deliberate and well-orchestrated draconian electoral policy that is hell-bent on picking winners and losers and has remained the hallmark of the successive administrations' response to Nigerian diaspora attempts at claiming their dignity and fundamental human rights.

It should be recalled that following sustained pressure against protracted military rules, especially fueled by the Ogoni struggle for social justice and environmental rights and the judicial murders of Ogoni leaders including Ken Saro Wiwa in 1995, coupled with the attendant suspension of Nigeria from the Commonwealth, which refocused international attention on the heinous human rights situation in the country, Nigeria returned to civil rule in 1999. Sadly, more than a decade later the dividends of responsive democracy is yet to be fully visible and enjoyed by all segments of the country's citizenry.

As a matter of fact, Ogoniland in the south-south region of the Country is still suffocating under severe ecological siege, even as Ogoni community members continue in drinking water from the available benzene-contaminated sources several years after a UNEP Report reveals hydrocarbon-pollutants in their groundwater at levels that are in excess of even the Nigerian standards and 900 times above WHO guideline. Fundamental human and voting rights are yet to be extended to a viable and huge segment of the citizenry, especially Nigerians in diaspora who are continually denied the opportunity to exercise their franchise under existing electoral laws and constitution, thus remained unconscionably dehumanized, alienated, devalued, and disenfranchised thanks to a discriminatory and seemingly retributive electoral policy.

It is against the backdrop of failed promises and inaction that SSNA-USA commences reviews of all legitimate options including potential civil actions and sustained campaigns designed to facilitate and fortify concrete actions on the underlying issues, besides ensuring governmental compliance with the core principles set forth in Ch II, 15(2) of the 1999 constitution, especially as it impacts discrimination on the basis of origin and status.

Again, we find it quite tragic that the underlying discriminatory and dehumanizing public policy is continually elevated to a signature foreign policy of the Federal Government of Nigeria despite her claims of being on the threshold of a burgeoning democracy. Essentially, it makes no economic, social, or political sense to shortcirtcuit and alienate a viable segment of the country's citizenry. It should also be noted that the underlying discriminatory policy is neither justified nor excused under prevailing principles of law thus concerted efforts should be geared toward its abrogation.

Needless repeating, rather than requiring a national constitutional conference to restore aspects of voting rights to Nigerians in diaspora or to put in place the requisite reforms being called for here, what is required or needed is a political will on the part of both the executive and legislative arms of the federal government.

Clearly, in this information age and highly globalized world, it is, without any doubts, retrogressive and counterproductive for a modern nation-state that lays claims to civilization to employ the dichotomy of distance as a pretext for short-circuiting, alienating, and restricting a huge segment of its citizenry from making critical contributions towards the sociopolitical and economic advancement of the state. Also, it speaks volumes with respect to the character of a self-acclaimed regional power and emerging liberal democracy to subject a critical and productive segment of its citizenry to grave indignity.

To this end, we earnestly appeal to the Jonathan-led administration to, in cooperation with the national legislature, put in motion effective machineries and pragmatic policies that would preside over the establishment of overseas electoral precincts designed to secure Nigerian diaspora participation in the 2015 and subsequent presidential elections.