BPE sets up committee to screen bids for NITEL 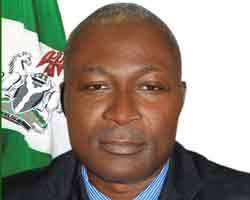 
Head of Public Communications at the privatisation agency, Mr. Chigbo Anichebe, confirmed this in a telephone interview with our correspondent in Abuja on Monday.


The task of the committee is to screen the technical proposals of the two consortia that want to acquire NITEL and M-Tel under the guided liquidation programme approved by the National Council on Privatisation chaired by Vice President Namadi Sambo.


Two consortia, Messrs NETTAG Consortium and NATCOM Consortium, had been earlier prequalified for the exercise and Anichebe confirmed that they beat the Friday deadline for the submission of financial and technical bids.


The National Council on Privatisation had on February 27, 2013 approved the sale of NITEL/M-TEL through guided liquidation after several failed attempts in the past to privatise the enterprises.


Under the guided liquidation strategy, NITEL and M-TEL are to be sold as a single lot to a qualified bidder by a liquidator under the guidance of the Bureau.


Consequently, a liquidator, Olutola Senbore, was appointed for the transaction. Punch