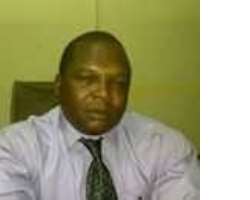 Recently, the National House of Representatives passed into law the act guarantees autonomy for the local government authorities in Nigeria as the third tier of government. This came as a result of several interference by the State governments and political godfathers vis a vis traditional rulers inputs in the affairs of the local government which endangers the rural development.

In his reaction to the passage of the bill, the Head, Department of Local Government Studies, Obafemi Awolowo University Ile-Ife, Dr. Femi Fagbohun praise the leadership of the House over the recent passage of the bill that guarantees autonomy and independent status to the Local Government as a third tier of Government. "This is indeed a right peg in a right hole and has been long overdue but it is better late than never", he said. He, however, suggested that the local government should be mindful of how they utilise the autonomy such that abuse of power and recklessness on the part of the chairmen will not mess the much desired autonomy and consequently the benefit of overall national development.

Comrade Babaeko Oluwaloseyi, an ex-student of the department who is currently a master student in University of Leeds, UK, said the Autonomy is in total compliance with international norms and practise, it is obvious that the granting of autonomy to the Local Governments in Nigeria will restore all the locust years that the cankerworm of the states Governors has eaten and increase rapid development.

They, therefore concluded by urging president Goodluck Jonathan and the Senate to approve the bill without further delay.