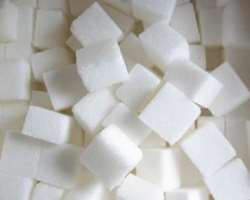 The Federal Government on Friday said that the sum of $191.6bn had been saved within the last three years through the implementation of the sugar policy.

The Minister of Industry, Trade and Investment, Mr. Olusegun Aganga stated this while speaking at the fourth annual workshop for industry, trade and investment correspondent in Abuja with theme 'Building a greater nation through sustained transformation.'

The Federal Executive Council had at its 37th meeting held on September 19, 2012, approved the Nigeria Sugar Masterplan for implementation and adoption as a government strategic road map for the development of the sugar sub-sector.

The policy, which took effect from January 1, 2013, led to an outright ban on the importation of refined sugar in retail packs.

The plan contains fiscal and investment-specific incentives designed to stimulate and attract new investors to the industry in order to increase local sugar production and reduce the nation's precarious dependence on imports.

According to the plan, an investment of $3.1bn (N496bn) would be needed from the private sector to effectively implement the sugar policy.

Aganga while quoting figures provided to him from the National Bureau of Statistics, said in 2011, the total amount spent by the country for sugar importation was $240.6bn.

This figure, he added, had been brought down significantly to $49bn as at the end of the  second quarter of this year.

Aganga said through the implementation of the reforms in the sector, a total investment of $3.2bn had been made as against $100m investment in 2011.