See Nigerian Entertainers That Can’t Do Without Smoking 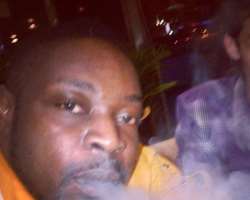 There are about 1200 million (1.2 x 106) smokers worldwide and 15 billion cigarettes are bought every day! Each cigarette contains tobacco leaves which are burned, and the smoker draws the smoke from the burning leaves down through their breathing system into their lungs.

Tobacco smoke contains a cocktail of more than 7000 chemicals. This cocktail contains the addictive drug nicotine, which makes people feel relaxed and calm. It is this drug which can make it very hard for people to give up smoking, even when they know the damage it can cause. The health warnings on UK cigarette packets are very clear but there are still around 100,000 deaths from smoking-related diseases every year.

Smoking is bad for the health from the very first cigarette, because some of the chemicals in the smoke have an immediate effect on your body. Carbon monoxide from the smoke is taken into the blood instead of oxygen. The cells get less oxygen for respiration as a result, then one is more likely to get breathless when exercising.

Tobacco also leads to Lung cancer. Lung cancer is a disease characterized by uncontrolled cell growth in tissues of the lung. If left untreated, this growth can spread beyond the lung in a process called metastasis into nearby tissue and, eventually, into other parts of the body.

With these observations, some Nigerian celebrities are still ignoring the health implications of this killer substance. Majority of these artistes, when they are about going on stage, they take as much quantity as they can just to keep them fit for a long time while performing on stage. Some go as far as sweating unnecessarily.